Joker does NOT have a post-credits scene. In an effort to distinguish it from other DC properties like Aquaman and Wonder Woman, the film simply ends once the credits start rolling. That said, director Todd Phillips did consider filming a post-credits scene, and even talked to Games Radar about what it would have been.

There Are No Post-Credit Scenes In ‘Joker’

Get tickets now at link in bio. #JokerMovie now playing.

“The idea of a post-credits scene in this movie would seem wrong, and a little too light for me,” Phillips explained. “That wouldn’t have been something we did. But Joaquin [Phoenix] said it would be funny to put bloopers alongside the names like they did in the old days.” Phoenix thought it would be disarming to show the actors behind this grim narrative breaking character, but ultimately, Phillips decided against the idea.

Phillips did praise Phoenix’s acting, however, and said that working alongside him was one of the highlights of his career. “It’s difficult to quantify how any actor, but especially Joaquin, elevates a scene,” he remarked. “You would almost need to have the page in front of you and then you would realize all the things this guy brings to the character. Simply, he surprised me in a myriad of ways. I would turn to the camera operator and say, ‘Are you seeing this?’ Clearly, he was. But it was just mindblowing.”

Phillips Admits That He Considered Filming a Post-Credits Scene

Now Playing. Get tickets at link in bio. #JokerMovie

Phillips’ decision to axe the post-credits scene should come as no surprise. Recent superhero films have bucked the trend of post-film teasers, most notably Logan and Avengers: Endgame. In both instances, including a bonus would have taken the dramatic weight out of the ending. Phillips appears to be doing the same thing here. He has also confirmed that there are no plans for a Joker sequel.

“We have no plans for a sequel,” the director told IGN. “The quote was, ‘I will do anything Joaquin wants to do.’ And I would. But the movie’s not set up to [have] a sequel. We always pitched it as one movie, and that’s it… We made this movie, I pitched it to Warner Bros. as one movie. It exists in its own world. That’s it.”

Phillips & Joaquin Phoenix Have No Plans for a Sequel

#JokerMovie in theaters tomorrow. Get tickets now at the link in bio.

There were some rumors that Pheonix would reprise the character in the upcoming Batman reboot. During an interview with Variety, Batman star Robert Pattinson mentioned Phoenix by name before admitting that he shouldn’t have said anything. “I definitely should not say that. I’m so used to pretty art-house movies, where you can watch the movie three times and still not know what it’s about,” the actor explained.

Both Phillips and Phoenix have confirmed that they have no plans to revive the character, or enable him to crossover with other DC characters. For more Joker content, click below. 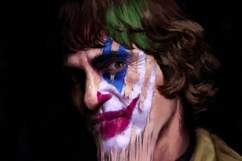 Joker 2: Will There Be a Sequel to the DC Movie?