Rhythm + Flow continues tonight on Netflix. The competition series follows a trio of superstar judges as they travel the country and search for the next big artist in hip-hop. The first leg of the series saw contestants trying out, and now, they will compete to determine who advances and who gets eliminated.

The contestants will be broken up by their respective city, which includes Atlanta, Chicago, New York City and Los Angeles. Read on to meet the contestants who are vying to become rap superstars.

Several of these artists have already put out albums and mixtapes. Londynn B released her debut album, Reset, on October 5, 2019, and is currently signed to 903593 Records DK. You can listen to her album and various loose singles by clicking here.

Caleb Colossus is another experienced artist who released his album, When Paint Smears, on September 28. You can stream the album on Deezer and Spotify. Troyman stood out during the Rhythm + Flow auditions, as he didn’t receive a single critique from T.I. in terms of flow or delivery.

Jakob Campbell made a splash during the first round of episodes. He talked about his experience on the series thus far, and said that he’s been rapping since he was a kid. “It’s just a huge opportunity for me and for the city,” he told Westword. “And the crazy thing is it’s on Netflix, not live TV, so it’s worldwide, not just in the States.”

Campbell also talked about meeting hip-hop superstars like Cardi B and Chance the Rapper. “It was really crazy. But all of them were real genuine and real helpful, honestly,” he recalled. “Just getting feedback from people who are that high up was great, especially when it’s good feedback.”

Cakes Da Killa sat down for a Billboard interview, where he talked about his goals and his musical influences. He considers his five years as an independent artist as his biggest accomplishment, and his most notable influences include Busta Rhymes, Missy Elliott, Cam’ron and Bette Midler. He also cites Erykah Badu’s discography when asked about his favorite album.

Did y’all see the new episode yet?? If you haven’t do it now damn it!! @rhythmandflownetflix

Old Man Saxon is another notable figure on the series. He talked to Westword about the “surreal” experience he’s had thus far. “The fact that it happened so fast made it so surreal,” he revealed. “It’s like one day you’re working in a restaurant, and the next day you’re in front of Cardi B. So it was very tiring, surreal and amazing, all at the same time.”

“For me, it’s always been about making music and music videos,” Saxon added. “The common theme for everyone that would comment on my videos was, ‘Man, this should have more attention, I don’t see how you don’t have more views.’ And I’m not good at promoting, doing those extroverted things that you need to do to succeed as a rapper. I would make my music, go to my room and just see what happened. So I feel like this was a way for me to bring more attention to what I make.” 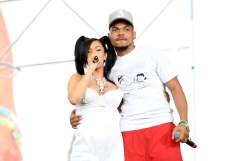 Read More
Netflix, Reality TV, TV
'Rhythm + Flow' is the latest competition series on Netflix. Meet the contestants who will be vying for the top spot.