Depending on your location, some public schools are closed and some remain open. For example, in Florida, several schools remain open, while dozens are also closed for the day, including some colleges and universities. Wisconsin considers Veterans Day an “observance day,” and does not necessarily give public school districts a day off, while California closes all public schools to honor the holiday. New York observes most federal holidays and closes down schools, garbage pickup and government services for nearly every recognized holiday of the year, including Columbus Day and Martin Luther King Jr. Day.

Here’s what we know about Veterans Day school closings:

San Antonio & Milwaukee Schools Remain Open But Boston & Washington D.C. Schools Will Be Closed, Among Others

According to WTOP, Monday is a “holiday for students and teachers at D.C. Public Schools,” while school closings vary across Maryland and Virginia. Boston public schools will not be in session and there are no classes for all Chicago Public School students.

The Denver Channel reports that most schools in the city are closed, but encourages readers to check with their local school district to be safe, and Minneapolis public school students have a three-day weekend as well. Philadelphia schools will also be closed, according to the city’s district calendar.

The Milwaukee Public School Calendar doesn’t list Veterans Day as a day off for students, as is common in many large cities in Wisconsin. KSAT reports that San Antonio schools will remain open on Monday, while Houston and Dallas also don’t list any closings. You can find a full list of Texas school district calendars here.

Most Ohio schools remain open, as well as schools in the greater Indianapolis area. A handful of Las Vegas schools are still open, while Seattle, Tucson, and Portland public schools are all closed for the day.

Private Schools Often Remain Open While Public Schools Close, Depending on Your State 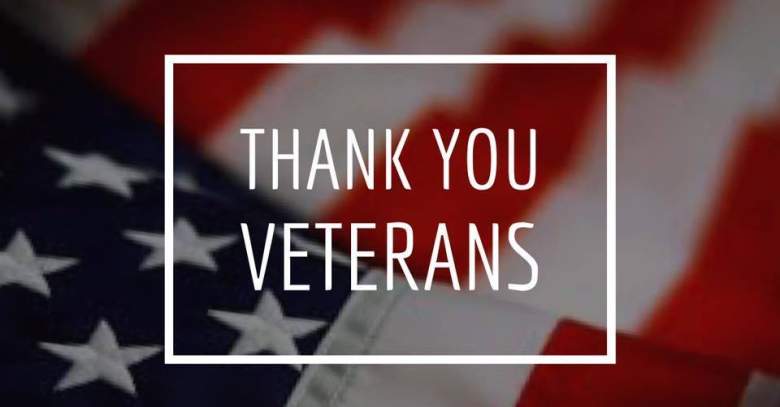 Most schools are closed on Veterans Day to observe the federal holiday and honor our vets.

Although many public school systems observe Veterans Day and often give students a three-day weekend, there are some institutions that observe the federal holiday but do not give students the day off. This includes some private schools and many universities, such as the University of Tampa, which is a private college in Florida.

Meanwhile, in the same state, schools like the University of South Florida and St. Petersburg College, both public universities, are closed on Veterans Day. The College of Southern Nevada, another public university, and UNLV are also both closed. School closings are significantly impacted by the state you reside in, and widely differ across the country.

Other federally recognized holidays where schools are closed or offer breaks include Christmas, Presidents’ Day, Columbus Day, New Year’s, Easter and Thanksgiving. However, some schools may give up certain holidays like Columbus Day and Presidents’ Day when they have used too many snow, storm, hurricane or flood days in that year, in order to make up the missed curriculum.

Other services often affected by Veterans Day include mail delivery, garbage pickup and other government services; the DMV and most county libraries, as well as local, state and federal courts are all closed, although national parks usually remain open.

Veterans Day Honors The Nation’s Veterans Who Served in the U.S. Military

Celebrated on November 11 each year (with the following Monday observed for federal workers and government businesses), Veterans Day honors the nation’s estimated 18.2 million veterans who have served in the U.S. military. The federal holiday dates back to World War I and marks the end of the war. The war specifically ended at the 11th hour of the 11th day of the 11th month of 1918, which is why Veteran’s Day is honored on this day.

November 11 was proclaimed Veterans Day by President Woodrow Wilson and was originally called Armistice Day, according to the Department of Veterans Affairs. In 1954, the name of the holiday was changed to Veterans Day under President Dwight Eisenhower, and it became a federal holiday in 1968 under the Uniform Holiday Act. It was officially established that the day would be observed on a Monday in order to accommodate federal workers with a three-day weekend, which is typical for most federal holidays.

“The restoration of the observance of Veterans Day to November 11 not only preserves the historical significance of the date, but helps focus attention on the important purpose of Veterans Day: A celebration to honor America’s veterans for their patriotism, love of country, and willingness to serve and sacrifice for the common good,” the Department of Veteran Affairs states.