Natalie Wood: What Remains Behind premieres Tuesday, May 5 at 9 p.m. ET/8 p.m. CT on HBO. Wood’s daughter, Natasha Gregson Wagner, produced the documentary with the idea of focusing on her mother’s life and legacy – not just her death, which she believes has overshadowed all of Wood’s remarkable accomplishments over the years.

“I feel that this documentary is definitive documentary of her life you know, and my book is the definitive deep dive into our relationship, but I also talk about the night she died and the sheriff’s department reopening the case,” Gregson Wagner told Deadline ahead of the May 5 premiere. “I get into that in the book as well, and I just think this narrative of fiction that has been peddled, it’s time for that to stop now.”

Keep reading for details on HBO’s Natalie Wood: What Remains Behind: 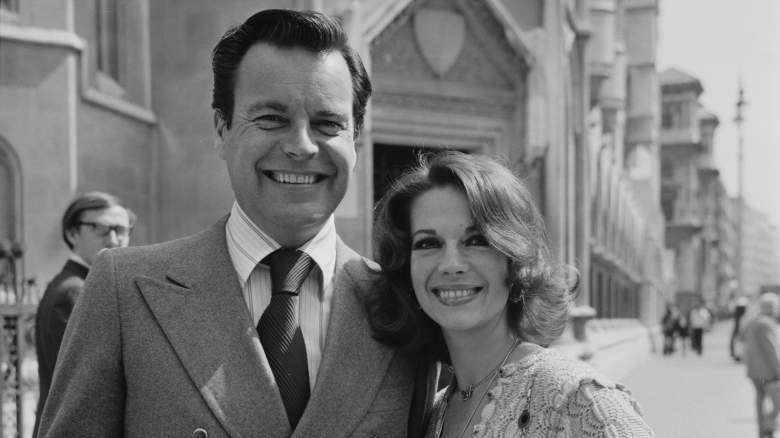 Natalie Wood was 43 years old when she was found dead off the coast of Catalina Island on November 29, 1981. The night before her body was found, Wood had been drinking alcohol on a yacht with her husband, Robert Wagner, actor Christopher Walken, and the boat’s hired captain, Dennis Davern. Wood was found floating in the water a mile away the next morning; a small, inflatable dingy was also found beached nearby.

Wood’s death was labeled as an “accidental drowning” at the time, but the case was reopened by the Los Angeles County Sherriff’s Department in 2011 and her death was changed to “drowning and other undetermined factors.” Then in 2018, Wagner was named as a person of interest as he was the last person to see her alive. The autopsy determined Wood had mysterious bruises on her body and arms, as well as an abrasion on her left cheek, which led investigators to believe that foul play may have been involved.

According to The Guardian, Gregson Wagner does not believe Robert Wagner killed her mother. Both Natasha and Robert continue to maintain a similar explanation to the one given in 1981 by the Los Angeles county medical examiner, who described her death as a “tragic accident while slightly intoxicated.”

“I’m looking forward to working with HBO, Amblin Television and our director, Laurent Bouzereau, to create this unprecedented portrait of a woman who was an actress, a legend and ultimately, my mother,” Gregson Wagner said in a statement.

The description of the HBO documentary reads, “Natalie Wood: What Remains Behind explores actor Natalie Wood’s life and career through the unique perspective of her daughter, Natasha Gregson Wagner, and others who knew her best. The film features previously unseen home movies, photographs, diaries, letters and artifacts, as well as intimate interviews with her friends, family, co-stars and colleagues; re-examining her personal and professional triumphs and challenges, which have often been overshadowed by her tragic death at age 43.”

Natalie Wood: What Remains Behind premieres Tuesday, May 5 at 9 p.m. ET on HBO. In the meantime, you can find all the latest in TV coverage and entertainment news here.

READ NEXT: Natalie Wood Cause of Death: How Did the Hollywood Legend Die?