Omarosa Manigault-Newman is headed back to the “Big Brother” house- but it won’t be in the U.S.

The reality star turned short-term presidential advisor has signed on to the cast of Australia’s celebrity competition show, “Big Brother VIP” which will take place at Sydney Olympic Park, according to People.

Omarosa will be the second-highest-paid celeb on the Aussie reality show, which will also include Olympic legend and former “Keeping Up With the Kardashians” star Caitlyn Jenner. A source told People that “Omarosa and Caitlyn are expected to go head-to-head, especially about LGBTQ+ issues.”

The U.K. site The Metro teased that “Big Brother” superfan Neil Patrick Harris could also turn up in the Australian celeb house, but that has not been confirmed.

Omarosa Appeared on the U.S. Version of ‘Celebrity Big Brother’ in 2018

“Big Brother” fans may recall Omarosa’s stint on “Big Brother: Celebrity Edition” in 2018, where she competed against stars such as Tom Green, Joey Lawrence,  Tamar Braxton, Brandi Glanville, and more. The winner of that season was Marissa Jaret Winokur, but Omarosa caused plenty of buzz in the “Big Brother” House when she talked about her time in the White House during Donald Trump’s administration.

Fans saw some of Omarosa’s White House talk on camera. Early in the game, she opened up about working for Trump as the director of communications for the White House Office of Public Liaison, a position she was fired from in late 2017 just a few months before she moved into the celebrity “Big Brother” house. On camera,  Omarosa revealed she was still “haunted” by Trump’s tweets “every single day.” She also predicted “it’s gonna not be OK” when talking about her former boss’s reign in the White House, per Us Weekly.

In fellow “Big Brother’ houseguest Ross Mathews’ book, “Name Drop: The Really Good Celebrity Stories I Usually Only Tell at Happy Hour,” he dished that some of Omarosa’s secrets shook the rest of the cast “to the core.”

“Once the cameras stopped rolling, Omarosa also told me some other s*** that I’m too scared to put into this book,” Mathews wrote, per People. “The day after we got out of the ‘Celebrity Big Brother’ house, we all met up at Marissa’s house to finally talk about all the stuff no one wanted to mention while cameras had been rolling twenty-four hours a day. Like a scene right out of a spy movie, Omarosa made us all put our phones in a corner, and then she spilled some serious White House tea that shook us all to the core. She dramatically swore us all to secrecy.” 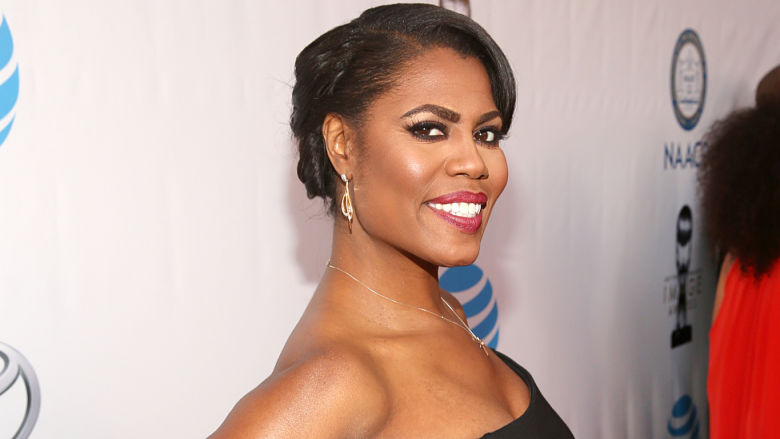 Omarosa was first introduced to reality TV fans in  2004 when she emerged as the “villain” on the first season of the Trump-helmed reality show “The Apprentice.” She made subsequent cameos on the NBC reality show multiple times through 2015, per IMDb.

In 2005, she appeared on “Battle of the Network Reality Stars” and “The Surreal Life.,” and she has popped up on the reality shows “World’s Dumbest” and ‘I Love New York.”

Of her decision to live with other celebs in the ‘Big Brother” house, Omarosa described the experience as “incredible.”

“I have been a ‘Big Brother’ superfan, so to play the game that I love 20 seasons later and to do it with some incredible celebrities, it was incredible,” she told The Hollywood Reporter.

She ultimately landed in fifth place on the CBS reality show.