Getty Tina Turner poses in the courtyard of the Elysee Palace in France.

Tina Turner is best known for her hit songs, bestselling biography, and a tumultuous musical partnership and marriage to Ike Turner. But in addition to her career achievements, she also raised four sons. The “What’s Love Got to Do With It” singer welcomed her first son, Craig Raymond Turner, with Kings of Rhythm saxophonist Raymond Hill in 1958. The future superstar was just 18 at the time.

Turner’s son Craig was later adopted by Ike Turner after the two singers tied the knot in 1962. Together they would raise Craig,  as well as Ike’s sons, Ike Jr. and Michael, whom Tina adopted, and their son Ronnie, whom they welcomed in 1960, according to Closer Weekly.

Turner, whose life story is being told in the HBO Max documentary, Tina, suffered a devastating loss in 2018 when her eldest son, Craig died from suicide.

At the time, the Los Angeles County Department of Medical Examiner-Coroner told People that Craig Turner was found dead in his California home from a self-inflicted gunshot wound. He was age 59.

After her son’s death, Turner scattered his ashes off the coast of California. She shared a photo from the sad moment with her fans on social media.

“My saddest moment as a mother,” Turner captioned a post on Twitter. “On Thursday, July 19 2018, I said my final goodbye to my son, Craig Raymond Turner, when I gathered with family and friends to scatter his ashes off the coast of California. He was 59 when he died so tragically, but he will always be my baby.”

While the Grammy-winning singer dealt with the most horrific loss of any parent, Turner later said she believed her son was in a better place following his death.

“I think Craig was lonely, that’s what I think really got him more than anything else,” she told CBS News one year after Craig’s passing. “I have pictures all around of him smiling, and I think I’m sensing that he’s in a good place. I really do.”

In an interview with Oprah Winfrey, Turner explained that her beliefs as a Buddhist helped her through Craig’s tragic passing.

“According to Buddhism, you come back to earth and do life again until you get it right,” Turner told Winfrey, per E! News. “I believe his next life will be easier. I think he’s in a good place.” 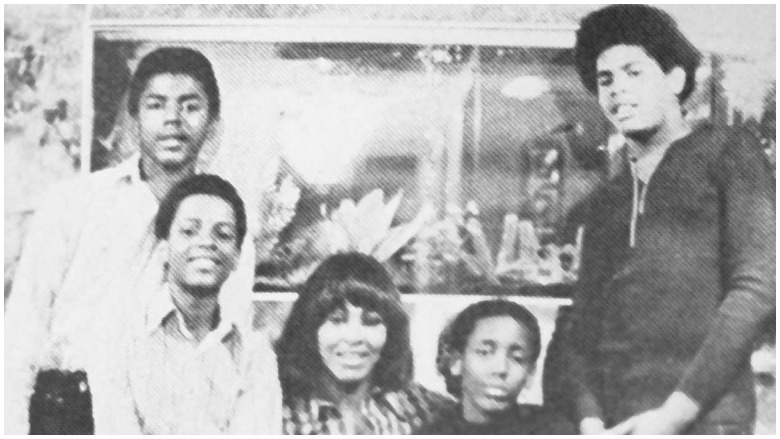 Turner also opened up about her devastating loss in an interview with  The BBC. a few months after her son’s passing. She revealed that just before his death, Craig had told her he was in a new relationship and had started a new job with a “prominent” real estate company in California. He had even redecorated his apartment.

Of her son’s new love, the singer revealed that he had told her he had never met a woman that he felt so strongly about and that he planned to bring his new girlfriend to meet her for his 60th birthday in August 2018.

“I still don’t know what took him to the edge,” Turner said. “I have no idea what pulled him down, except something that followed him with loneliness. I think it was something with being alone. But when I think that, why didn’t he call the new girlfriend that gave him the lift?”

Turner admitted that she did notice a change in her son during their final conversations and that something felt “different.” In her 2020 memoir, Happiness Becomes You, Turner revealed that she believed her son suffered from clinical depression and serious mental health challenges that she had been unaware of before his suicide.

READ NEXT: Who Was Craig Turner’s Father Raymond Hill?