That’s because Ashton Kutcher’s ex-wife Moore and his current wife Mila Kunis appeared together in an ad for Super Bowl 2022, in which they made fun of everything they have in common. Obviously, Kutcher is one thing they share in common; however, the two actresses, the ad claims, attended the same high school.

The answer is that, yes, the actresses did attend the same high school. Where did Demi Moore and Mila Kunis go to high school? West Hollywood, California. They didn’t attend high school at the same time, though. Kunis is age 38. How old is Moore? She is 59. Moore did drop out of the high school. 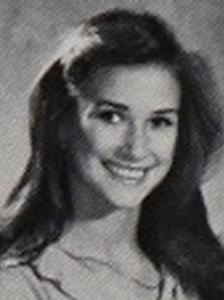 According to Classmates.com, Moore attended Fairfax High School in West Hollywood, California, before dropping out to become a model.

In fact, Fairfax High School has quite a list of notable alumni on its website. Other stars who attended the school include Ricardo Montalban, Slash, and Timothy Hutton.

“It was during my first collaboration meeting with AT&T that we discovered Demi was also a Fairfax High alum,” Kunis told Entertainment Tonight. “I thought it would bring humor and laughs to what was already a great ad. I reached out to her and was so delighted she jumped on board. Now we’re just working on becoming gigillionaires.”
Moore told ET: “Who knew being a Fairfax alum would have brought this unexpected opportunity, to come together with Mila in such a fun and playful way? AT&T has brought new depths to the importance of meaningful connection. Gigillionaires!”

The ad uses the fact both women attended the same high school as a gimmick; it starts with a man at a podium saying, “And now for our high school’s most-admired alum.” The camera pans to show Kunis sitting at a table with friends, who tell her to “get up there.” She mutters, “This is so embarrassing. Guys, don’t make a scene.” A friend says, “Please, you love a scene.”

The camera then pans to another table, where Demi Moore is sitting. “There’s no way it’s me,” she says. “Is that good acting.” A friend says, “That’s why it’s you.”

The announcer says, “You know her. You love her,” as both Moore and Kunis make their way to the stage. “And you wish you could be her.”

Kunis makes it to the stage and says, “What are you doing here?”

The announcer then gives the award to “Anna Gomez,” another woman in the audience. She is introduced as “our first gigillionaire.” Audiences are told she has AT&T Fiber, which gives her the “fastest Internet with hyper gig speeds.”

“I had no idea that we went to the same high school,” says Moore. “We have a lot in common,” says Kunis.