Cardi B has landed another Super Bowl commercial this year. This time, she starred alongside Mike Myers and Dana Carvey who channeled their Wayne’s World characters Wayne and Garth.

The commercial is on behalf of Uber Eats and promotes supporting local restaurants not only during the major football event but thereafter.  Take a look at the commercial below.

During a chat with Entertainment Tonight, Carvey and Myers gushed about working with the former Love & Hip Hop star.

“She was lovely and so funny and so beautiful, and came to play,” Myers said. “I loved working with her.”

Carvey added that the “Up” rapper kept him laughing.

“She had such a funny, quirky vibe about her and she made me laugh a lot,” the former Saturday Night Live star said. “It was like a past and the present, and this whole culture clash, it was interesting. I asked her how many Instagram followers she had, and she showed me her phone and it said 81 million. I said, ‘Oh, alright. OK.”

Cardi B Was Recently Accused of Plagiarizing on Her Single, “Up” 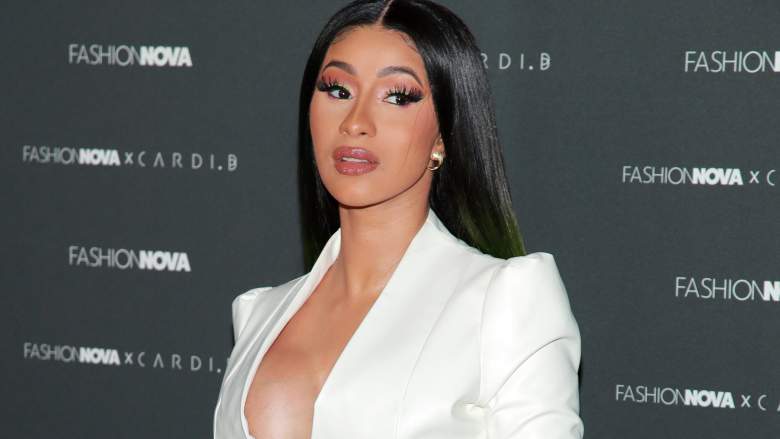 After Cardi B released her latest single, “Up,” a New Jersey rapper named Mir Pesos accused her of ripping off his song “Stuck.”

“Naaa im the type of person that avoids problems & court days. If i get inspired by a song I wouldn’t mind giving a percentage or couple of thousand but I never Hurd if this man. I’m glad while I was recording this song in August I was playing wit the hook on this live.”

She also addressed the claims via Instagram Live, saying she wouldn’t intentionally do anything that would get her into legal trouble.

Cardi B also uploaded a video of her working on the track back in August 2020.

Rapper Mir Fontaine, who is featured on “Stuck,” responded to her via Twitter saying that “Stuck” was recorded way before August.

Before the end of 2020, Cardi B came out victorious in her last legal issue. According to AllHipHop, she won a $30 million lawsuit against her former manager, Klenord “Shaft” Raphael, who sued her for breach of contract. Raphael sued her for $10 million and she responded by countersuing him for $30 million. In her lawsuit, she calimed that Raphael “breached their original agreement by failing to provide an accurate accounting of her earnings and taking a bigger cut of her earnings illegally” AllHipHop reported. Since all the claims were dismissed with prejudice, these two cannot ever sue each other again.