“I’m a really sweet girl with good intentions I just end up in bad situations sometimes and it force me to get out of character to protect myself from getting f***** over.”

The tweet was reposted on the “It’s Onsite” page with the caption, “Ari is tired of being misunderstood. #Clique, can y’all relate?” Fletcher replied in the comments saying: “No I’m not. Wtf you talking about?”

Ari is tired of being misunderstood. #Clique, can y’all relate?

After her initial response, Fletcher threatened to physically assault Ali, who is pregnant.

Ali then promised to address Fletcher’s comments on her show. In a post on Onsite’s Instagram, Fletcher was accused of sending Ali a direct message saying that “yo baby daddy gonna be mad tonight.”   The show claimed in the caption that the man she is “referring to was NOT Rah’s actual husband, it was her ex that Ari is currently, and has been sleeping with for 10 months now.”

Having all the facts laid out, I’m gonna let you in on this. For the past several months, for about nine to ten months, Ari has been f****** my ex. Ari may get on social media and portray the image that she is so happy and in love in her relationship, but it’s all an act. She’s laughing, she’s doing everything in between with this n****. Any second that she has free, that she’s not in Bagg’s face begging for attention from him, she’s getting it from this n*****. And that is where the passion and the hate came [from].

Take a listen at what she had to say below:

Brace yourselves #Clique, because this factual tea is piping hot! Rah Ali took to her #1 radio show Onsite on Tuesday night where she responded to Ari Fletcher’s threats against her and her baby. While laying out all the facts of what led up to the drama and reminding her listeners how supportive the Onsite platform has been of Ari in the past, Rah dug deep into her bag to inform us of exactly why Ari had the gall to say such a crass threat towards her. Well, it turns out y’all favorite ‘Pooh’ has been sleeping with Rah’s old joint. If you can recall, after threatening to “beat the baby” out of the reality star, Ari proceeded to DM Rah another threat claiming that “yo baby daddy gonna be mad tonight.” What we ended up learning through the Tuesday night show, is that the “baby daddy” Ari was referring to was NOT Rah’s actual husband, it was her ex that Ari is currently, and has been sleeping with for 10 months now. Rah proceeded to provide receipts and context of Ari’s side relationship with her ex that she entertains whenever Moneybaggyo is too busy to give her the attention she constantly craves. If you’re wondering why Ari has been silent since last week……well it’s because the ex told Ari to ‘aht aht’. Just last week, Fletcher commented on an Onsite IG Post that shared her tweets, “No I’m not, WTF you talking about”. After being reminded that the ONSITE blog had only shared her own words and asking “what’s good?”, Fletcher responded with a threat, “RAH I WILL BEAT THE BABY OUT YO A** B*TCH FIND YOU SOMEBODY 40 AND UP TO PLAY WITH H*E."  When looking back at Fletcher’s violent history of threatening others, the evidence is borderline comical to say the least. There have been instances of Fletcher threatening to “Send 50 shots” at the MOTHERS of TSR bloggers. She supported the horrific threats by taking to twitter and stating, “I hope everyone who works at the Shaderoom die, every single last one of y’all ass.” It’s these types of threats we often see influencers use against media outlets to prevent them from posting unsatisfactory news about them. But they love it when they send the post in themselves. Aside from her threats against the media, 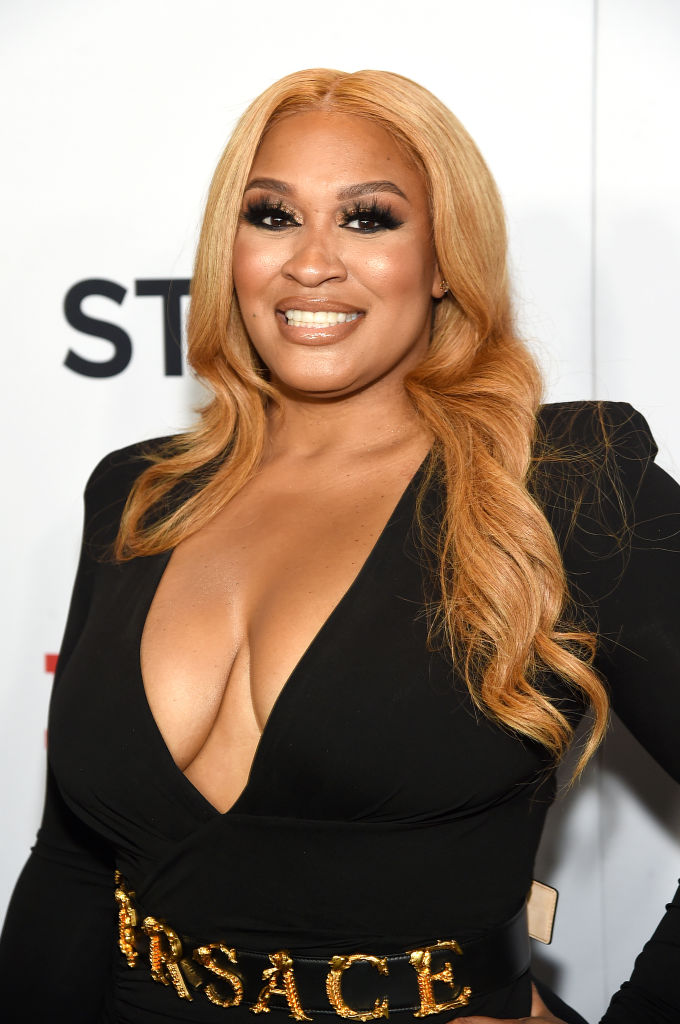 Rah Ali was once friends with rapper and fellow Love & Hip Hop: New York star Remy Ma and model Tahiry Jose. Both of those friendships turned sour and she is no longer friends with either one of them.

In a 2017 interview with VH1, Ali said she and Remy Ma fell out over the Bronx rapper’s friendship with co-star Yandy Smith, who Ali isn’t too fond of.

“Everyone knows Yandy and I have a dislike for each other,” Ali said. “Remy and I got into an argument, and she started to hang out with my enemy.”

She added that she and Jose never rekindled their friendship but there are no hard feelings.

“I don’t have no problems with [Tahiry]. We’re not friends, but I don’t have any problems with her. It’s unfortunate that things took a turn like that…when I look at it back years later, I realize it could have been avoided.”

READ NEXT: Why Cardi B Decided to Leave Twitter