Kim Fields opened up about her short-lived role on “The Real Housewives of Atlanta.”  In a new interview, the actress and director revealed why she joined the franchise five years ago, and why she will never return to it.

While speaking with Entertainment Tonight, Fields addressed her rocky stint on the eighth season of the Bravo reality show, which aired in 2016.

“You know, it was one of those things where I celebrated my 40th anniversary in show business, and I thought, ‘At this point, the mandate is, and continues to be, [asking myself] what haven’t I done? I need new and uncharted waters,’” Fields explained. “And I did that, so there’s no need to do that again.”

Fields added that after her “RHOA” stint she was a contestant on “Dancing With the Stars,” and she also competed on “Battle of the Network Stars” as a way to tread new waters.

“Even as a director, I’m directing things where characters are a little bit darker or edgier than what people are used to from me,” she revealed.

Fields had a rocky ride on the Bravo reality show. Early on, series star Kenya Moore spread rumors that  Fields’ husband, Christopher Morgan, was gay. The two women had an ongoing feud throughout the season, with Moore later expressing regret for how she treated the former child star. She also accused Fields of not being “authentic” when she was a cast member on “RHOA,” per Showbiz CheatSheet.

During a 2016 guest spot on the Rickey Smiley Morning Show, Fields compared her quick “RHOA” stint to an ill-fated sports trade.

“It feels more like Brett Favre and the Jets, you know — I’m done,”  she said. “I think about too, at the beginning of the season, what did my mama say? ‘Get in and get out.’ Listen to your mama.”

Fields added that she joined the Bravo show simply for “ the experience,”  and had never planned to be a longtimer on reality TV.

“It was to be able to do a genre that I’d been asked to do before and finding a way to do it that made sense for my team and for the family,” she said, adding that overall her time on “RHOA” was “a really great experience.”

Kim Fields is Not a Fan of Re-Dos in General 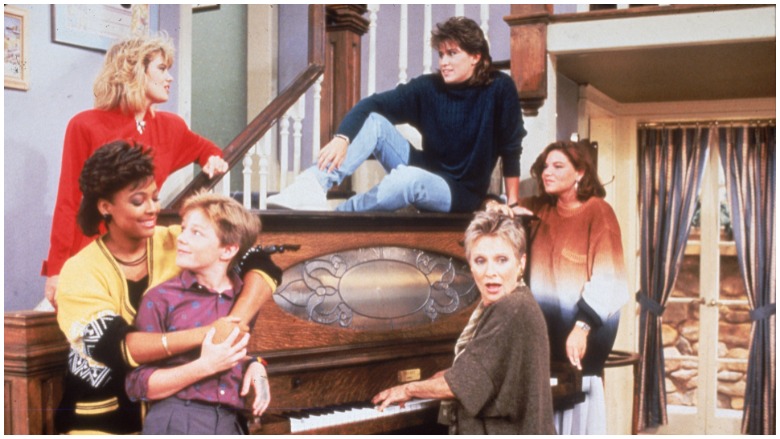 Fields won’t be reviving her “RHOA” role—and it sounds like she’s not a fan of most re-dos. She’s currently starring on the Netflix comedy “The Upshaws,” but told ET that she is constantly asked about rebooting two of her biggest TV shows: ” The Facts of Life,” which she starred in as a teen in the 1980s,  playing rollerskate-wearing Tootie Ramsey, and her later Fox sitcom, “Living Single.”

“Every time there’s all this reboot conversation, Facts of Life and Living Single seem to be at the forefront of ones they still want,” Fields dished. “But reboots, you’ve got to be careful. You can’t just throw everybody together and be like, ‘Well, where would they be now?’ and that sort of thing. Because these characters are so beloved. Their trajectory, their journeys are so loved. If you get it wrong, forget about it.”

Loading more stories
wpDiscuz
0
0
Would love your thoughts, please comment.x
()
x
| Reply
The actress opened up about her stint on the Bravo reality show.