Real Housewives of Beverly Hills star Garcelle Beauvais gave an update on her relationship with her costars for the upcoming 11th season of the Bravo reality show—including the lady she had the “least” connection with last season.

While speaking with Vulture, Beauvais revealed that she became closer with Kyle Richards while filming her second round of episodes for the show, despite Richards’ derogatory claims about her during the RHOBH Season 10 reunion. Beauvais also said she’s “obsessed” with Richards’ sister, Kathy Hilton, who is on board as a “friend” of the Housewives this season.

“I think what changed is sometimes you have to have the conversations that are tough,” Beauvais explained. The Coming 2 America star confirmed that she and Richards sat down for a “difficult” conversation about racism and that they were able to get past their issues and have a “deeper connection.”

“I don’t know how much I can say, but I think her calling me out for not paying for the charity [on the season ten reunion] was definitely something that she weaponized,” Beauvais said of Richards. “We can watch it on the show — I’m not allowed to really talk about it. But it was along the lines of certain things you say to people, and that was just a low blow.” 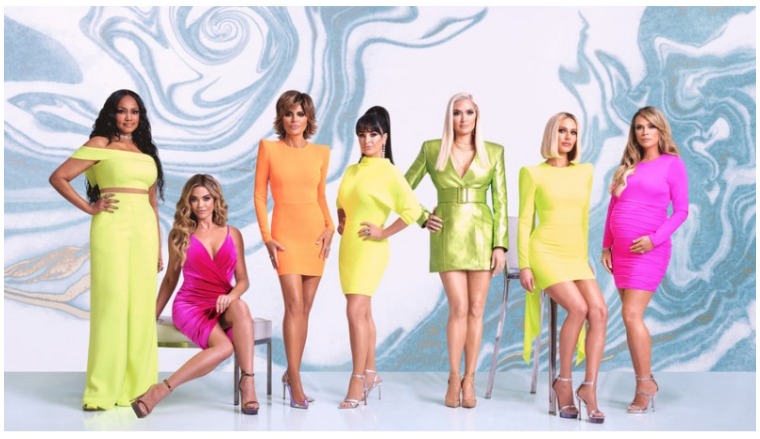 After she made her debut on the Real Housewives of Beverly Hills Season 10, Beauvais described Richards as being the “least welcoming” to her out of all of the cast members and claimed that she “glazed over” her during their conversations. The duo’s issues came to a head during the show’s reunion when Richards accused Beauvais of skipping out on a donation she pledged at her fundraiser for Children’s Hospital Los Angeles.

“You came to my charity event, raised your paddle to donate $5,000 and never paid!” Richards said on camera, per People.

A stunned Beauvais warned her costar to “watch” what she was saying, then revealed she was unaware of an issue with her donation not being paid and said she would check with her business manager. Richards later confirmed that Beauvais eventually made the payment, but only after “multiple attempts to reach out” to her. On her Instagram stories, Beauvais explained that the payment “fell through the cracks innocently” as she was busy traveling right after the charity event.

“Why wouldn’t I pay for something that I bid?” Beauvais said. “This is my character. This is my integrity. I don’t play around when it comes to things like that.”

Beauvais has since said her relationship with Richards has done “the biggest 180” out of all of her relationships from her first season on the show,  according to Bravo.com. During an appearance on Watch What Happens Live, Beauvais said of Richards, “We had a really good time this season once we went through our stuff.”

In the Vulture interview, she also shared a story of Richards singing her praises to her sister Kathy Hilton. “One crazy story,” Beauvais told the outlet. “[Kathy] came to me in my room when we were in Tahoe. It was late at night, and she goes, “I just want to tell you, I have a feeling about you. I have a feeling like you’re going to do amazing things. Keep your head up and do your stuff, and you’re going to be great.” And I guess she went and reiterated the same thing she told me to Kyle, and Kyle goes, “You’re not a swami, Kathy. Garcelle is already doing amazing things.’”