Sutton Stracke has issued an apology to her “Real Housewives of Beverly Hills” costar Crystal Kung Minkoff following a racially charged argument that aired on the most recent episode of the Bravo reality show.

The scene, which was filmed during a cast trip to Lake Tahoe last fall, took place as Crystal, who is the first-ever Asian American “RHOBH” cast member, opened up about her experiences with racial stereotypes. Sutton compared Crystal’s experiences to her own of being labeled a “dumb redneck” because she grew up in the South. Crystal called the comparison “insane,” while Sutton cut her off and said she was “not” having this conversation.

“Are you one of those people that you don’t see color?” Crystal then asked her costar.  “Tell me you’re that girl.”

The argument ended with a “To Be Continued” cliffhanger.

Following the episode, Sutton posted an apology to Instagram and Twitter. While she noted that she and Crystal had a “strained relationship” at the time they filmed the scene, she admitted that it was “disrespectful” to interrupt her costar and “not listen to her express her truth.”

Sutton added that she does have diverse friendships and wants to commit to being “a better listener” so she can understand “the painful realities experienced by people of color.“ She promised to “do better and be better.”

While Crystal has yet to publicly comment on Sutton’s apology, plenty of social media followers have.

“I knew this was coming,” one Twitter follower wrote. “Words are great but only time will tell if your actions match.”

Another wrote that the apology is “too little too late” and tagged Andy Cohen to suggest that Sutton is not on the next season of “The Real Housewives of Beverly Hills.”

But others felt that Sutton had no reason to apologize. One commenter even wrote that Sutton  “nipped Crystal in the bud” before anything really got started. 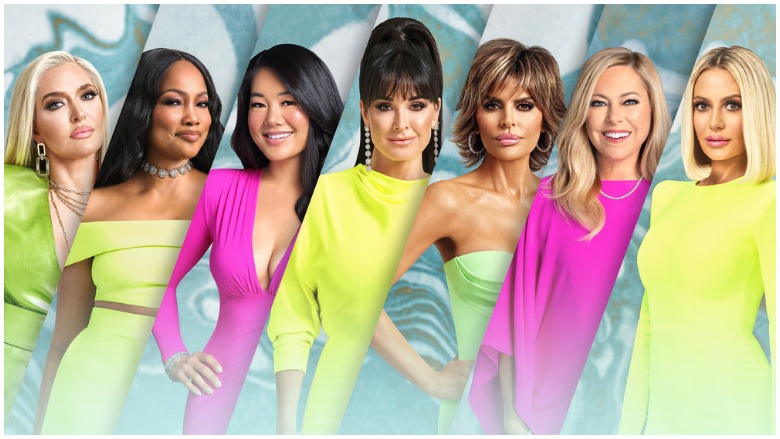 Crystal previously opened up about the “huge responsibility” she has to Chinese Americans and all AAPI as a representative on the Bravo reality show. In an interview with People, she admitted that sometimes the conversations she had on the show were “challenging.”

“Everyone comes from different perspectives and from different backgrounds,” she said. “But we have to move the needle. And the more conversations there are, the more understanding.”

She added that with “the uprise of anti-Asian hate, it’s a collective problem.”

The rest of Crystal’s conversation with Sutton will air on the upcoming episode of “The Real Housewives of Beverly Hills.” But months after filming the tense scene, the two women appear to be on better terms.

In a recent interview with Access, Crystal said she’s now in “a good place” with all of her “Real Housewives of Beverly Hills” costars. She added that she and Sutton “go through our rollercoaster” and that  conversations like this happen when you have a group of “very strong opinionated women.”

Loading more stories
The 'Real Housewives of Beverly Hills' star addressed the fight she had with Crystal Kung Minkoff.