Lauren Conrad has opened up about “The Hills: New Beginnings” spinoff, as well as the status of her relationship with some of her former co-stars.

In an interview with Entertainment Tonight,  the former reality star admitted that she has yet to tune in to see the MTV revival series that stars Audrina Patridge, Justin Brescia, Heidi Montag, Spencer Pratt and her former flames, Jason Wahler and Brody Jenner.

“I honestly haven’t seen it,” Conrad revealed of the show. “I think it’s great. I’m glad they were able to do it again.”

The Little Market founder explained that she has a good reason for not watching the spinoff of the MTV reality show that she starred in for five seasons.

“I actually don’t watch any reality television,” Conrad said. “It’s a little triggering for me!” 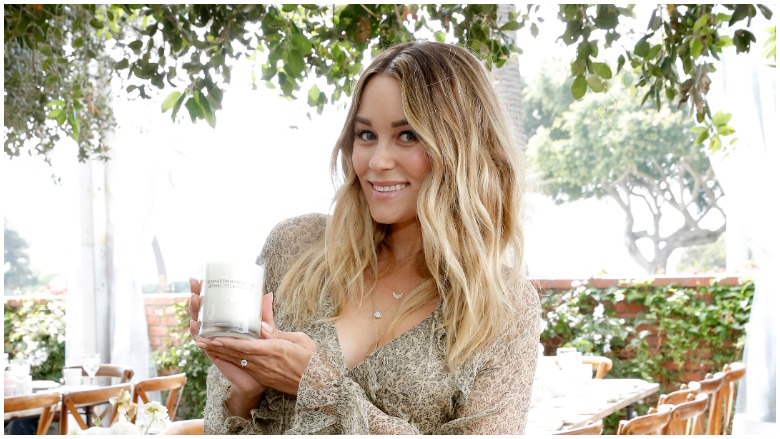 Conrad told ET that she still lives in her California hometown and keeps in touch with Stephen Colletti, Trey Phillips and Dieter Schmitz from her “Laguna Beach” days. She even recently went to a house party at Phillips’ house, but she doesn’t seem to be as close with most of her former “The Hills” co-stars.

In late 2020, Conrad explained her stance while speaking on Whitney Port’s “With Whit!” podcast.

“I did it for as long as I could,” she said of reality TV. “It was one of those things where I was like, this isn’t a healthy space for me anymore. I need to live my own life, and I really removed myself from that whole scene.”

Conrad is now focusing on her Kohl’s collection and growing her lifestyle brand The Little Market. The mom of two previously told ET Online that it’s a “huge compliment” that fans want to see her back on TV, but that she will never consider it.

“I’m not gonna do it, but I appreciate that [fans want it],” Conrad told the outlet. “To be honest, my priorities have changed. My family’s number one and it takes a lot to be on reality television. … I’ve got a pretty full plate so I’m not looking to add anything.”

During a May 2021 interview with Access, Conrad’s former “The Hills” co-star Justin Brescia said he thinks the ex-reality star has moved way on from her reality TV past.

“No she’s not coming back,” he said. “I personally think she feels she’s too good for it.  She doesn’t even want to deal with that part of her life anymore. I think she let it go. Bon voyage.”

Audrina Patridge added that “it’s a whole different ballgame” to be on a reality show when you have children.

And Conrad’s former friend Heidi Montag told the “Call Her Daddy” podcast that Conrad tried to pull her weight when Montag began dating her future husband, Spencer Pratt, during the original “The Hills” series.

“When that whole Spencer thing happened, she’s like, ‘If you date Spencer, you’re off the show,'” Montag said. “How dare you, and I’m not your dog. Yeah, I appreciate you getting me on this show, but that doesn’t mean you own me and you can tell me what to do in my life. I just don’t appreciate that.”

Montag also said Conrad “didn’t make it like she should have,” after she quit “The Hills” to become a businesswoman.

“If she had a good team, she’d be a billionaire,” Montag said. “She has a Kohl’s line, great, whatever. But she should be a hundred-millionaire—are you kidding me?… She should be so rich.”

Loading more stories
wpDiscuz
0
0
Would love your thoughts, please comment.x
()
x
| Reply
The former 'The Hills' star made a surprising revelation about the MTV reboot.