Layla Kiffin’s husband is a college football coach, who often angers pretty much everyone, is going back to the scene of one of his crimes this past weekend: Knoxville, Tennessee where he blustered at opponents, trolled Urban Meyer and ultimately left in the dead of night, allegedly trying to take some of his recruiting gems with him. Tennessee had only been left once before when Doug Dickey bolted for Florida. That was it. Tennessee had always been in control with its relationship with their coaches. They pushed some out, as they did when Bill Battle was forced out for Johnny Majors and when Majors was dumped into retirement for Phil Fulmer. But that was the point: it was Tennessee who was in control of those relationships. Tennessee was choosing which Beau to court them. Tennessee was pursued. Tennessee was coveted. Now, Tennessee was thrown aside after one year like disposable trash.

What’s worse is that, if you were at all able to maintain your objectivity about it as a Tennessee fan, it was the right business move to leave Knoxville and head to USC. It was a cold glass of water to the face of a fanbase that had become drunk on it’s own Orange cocktail of perpetual contention. The Tennessee job is a good one, but also a difficult one. While there are banner years for in-state recruits in Volunteer State–2013 is a good example of that--it is not the reliable “Build a fence around our borders and we’ll flourish” treasure chest other programs have. Tennessee coaches have to steal recruits from other states, like Georgia and North Carolina and do some business in California and Texas and Florida.

It was that psychological blow–our job isn’t as good as we think it is?!?–that lead to the Derek Dooley hire, a person Tennessee big-wigs were sure “wouldn’t leave.” That bad marriage ended brutally and the venom caused by Kiffin was a huge part of how it was assembled. Current Coach Butch Jones is now starting to feel the heat, particularly after last years loss at home against Vandy that spoiled a bowl opportunity and this years loss to an inept Florida program, based on years of Tennessee fans being beaten into the ground every time it feels like there could be some sort of break through.

This weekend, all of that negative energy and envy comes into town in the personification of one person and one program: Layla Kiffin’s husband and the University of Alabama.

And I’ll be there to witness it. Follow me on Twitter @TJ22Hatter for the scene at the tailgate and the riots that are sure to follow the game. But there are other games to talk about as well. So let’s do that.

Glance Game of the Weekend 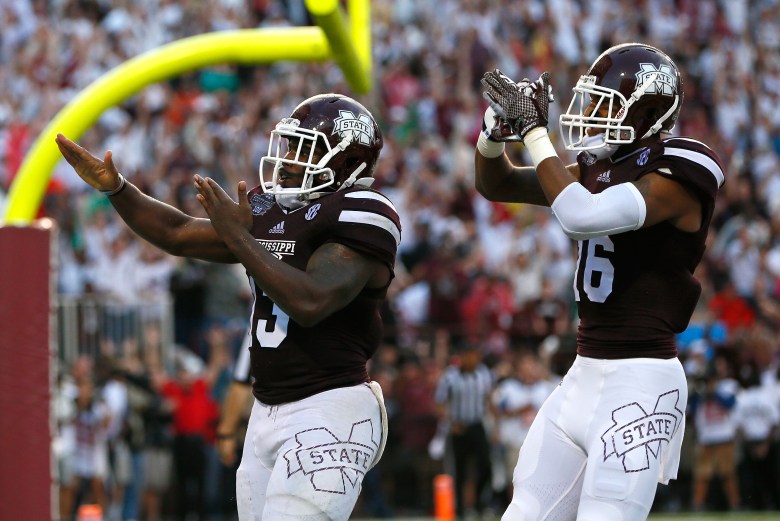 This game could be sneaky good and that’s why you need to keep an eye on it even if you, like most, think that Mississippi State is legit and should roll over the University of Kentucky as God intended (in football). But Mississippi State is on the road and new to being hunted and coming off a bye week where they heard nothing but praise and got nothing but champagne (OK, probably some moonshine, too). Oh, by the way, Kentucky isn’t horrible. They’ve been recruiting very well–particularly for Kentucky football–and they’ve actually won some big-time games–particularly for Kentucky football–this year. That’s reason enough to have this on your radar.

Haterade Game of the Weekend 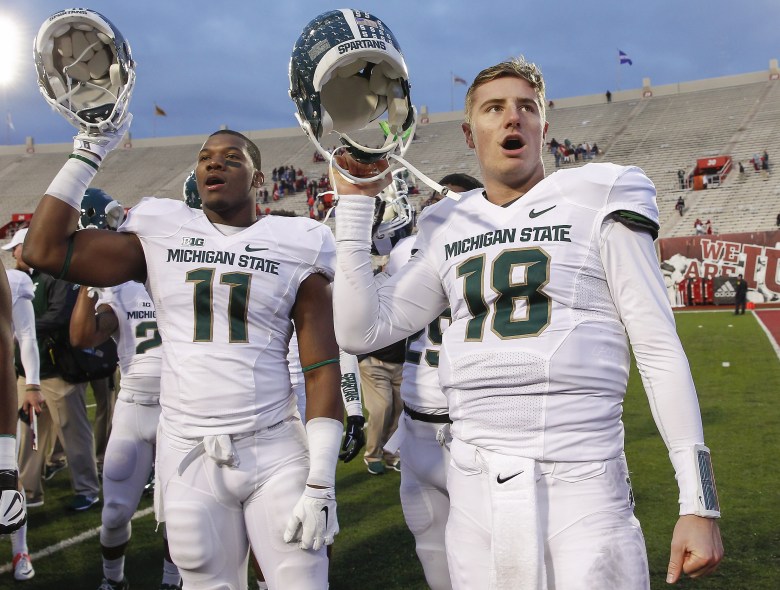 The drum beat from Big-10 nation has begun: They deserve a team in the Final Four. As the weeks go on and the SEC West and Pac-12 continue cannibalizing each other, the noise will get louder and louder. And Michigan State is the only team that fits the bill. Their lone loss is on the road to Oregon, who itself is a favorite to get into the Final Four and who they should have never bothered to schedule, (hat tip, Clay Travis) and in a year where the SEC champ may have two losses, the simple “It’s hard to go undefeated” argument, advanced by lunkheads everywhere, would have gotten some serious traction. Michigan has had a garbage year. Their coach is going to be fired. They might get Jim Harbaugh but they could easily not. It’s been a rough time for a proud program–sound familiar Vol fans?–and it’s quite possible that they get curb stomped here. But maybe, just maybe, they destroy the Big-10 Final Four contention dreams. But the fact that these dreams continue is enough to fuel some high-quality haterade.

Reservation Games of the Weekend 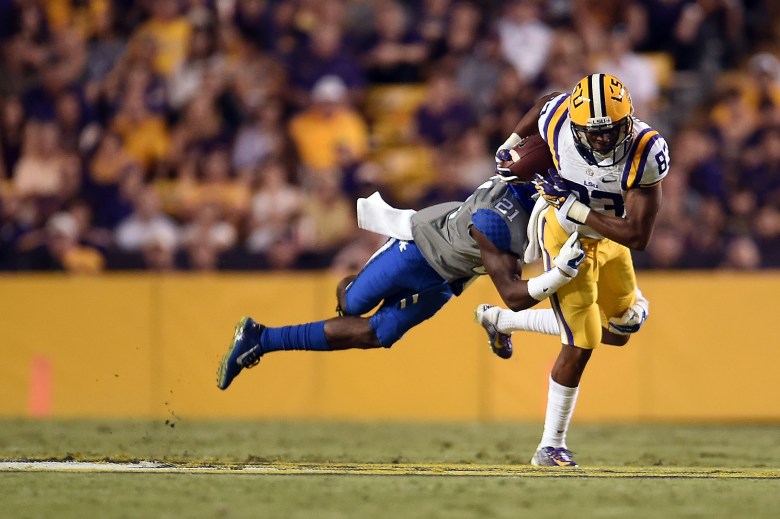 This game is just fun. LSU and Les Miles are amusing in perpetuity, even if they are a bit down this year, but watching them match up with the new-money Ole Miss Rebels is going to be delightful. Ole Miss handled their business last week, though Tennessee was pesky for three quarters as promised, but LSU at home is another matter. Ole Miss is still learning how to be the hunted, and Mike The Tiger is hungry for a season-defining win. By the way, there is a Tiger Cam on his website and it isn’t a camera just focused on Mike. I’d watch the hell out of that and I’m not an LSU fan. I want to watch Mike The Tiger eat corn dogs. Get on it, LSU. 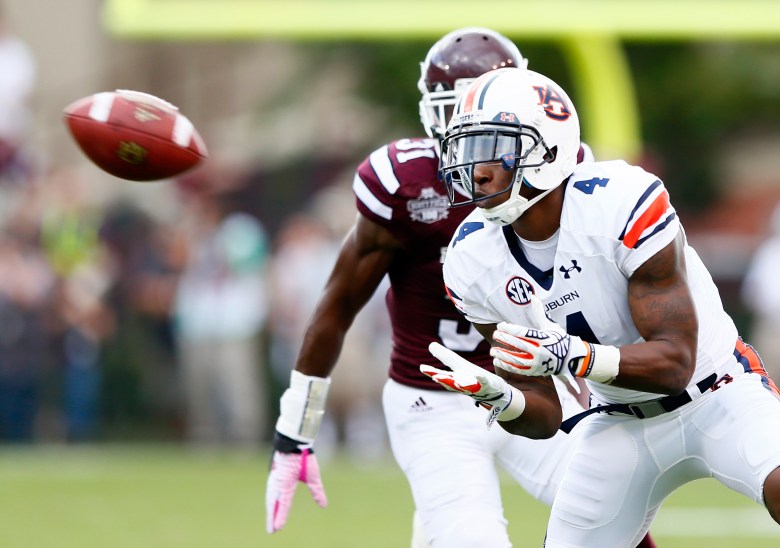 What the hell is South Carolina this year? You lost to Kentucky, Gamecocks. Kentucky. Have you no shame? Oh and then you possibly ruined Georgia’s chances to get into the Final Four. You people make less sense to me than an episode of The Voice* with the up and downs this season. Meanwhile, Auburn, you’ve got a tough stretch of games, many of them on the road. Do yourselves a favor and take care of business early, because if you let this schizos hang around, weird stuff happens. 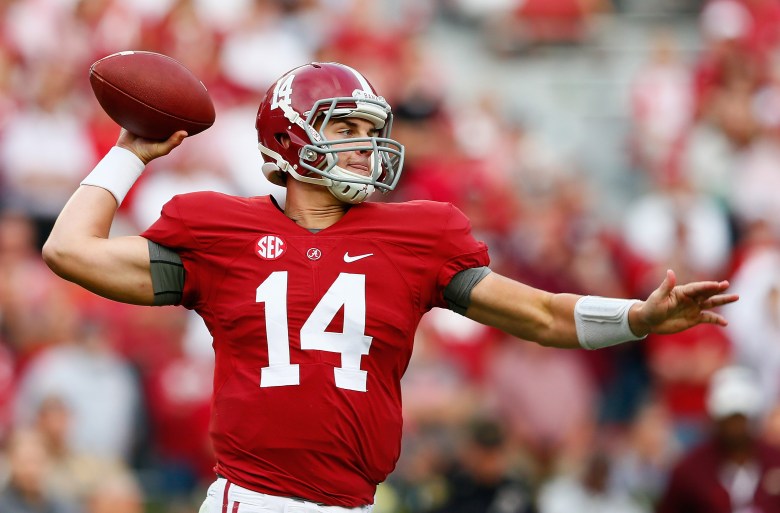 This place is going to be insane. Utterly insane. I have been to double-digit games in Neyland Stadium in my life and seen Tennessee win and seen Tennessee lose in all sorts of ways. If this game is close and ‘Bama wins on a bad late call (a la Florida a few weeks ago)? Riots. That’s the climate. It’s expected. It’s a night game. The people will be very, very drunk. Kiffin’s mom is scared and is saying so. It will be unbelievable. I’ll tell you all about it, presuming I get back alive.

Fancy Writer Quote of the Moment

The world breaks everyone, and afterward, some are strong at the broken places.

Have a sane weekend everyone. Lord knows that I will not.

* I have never seen The Voice.