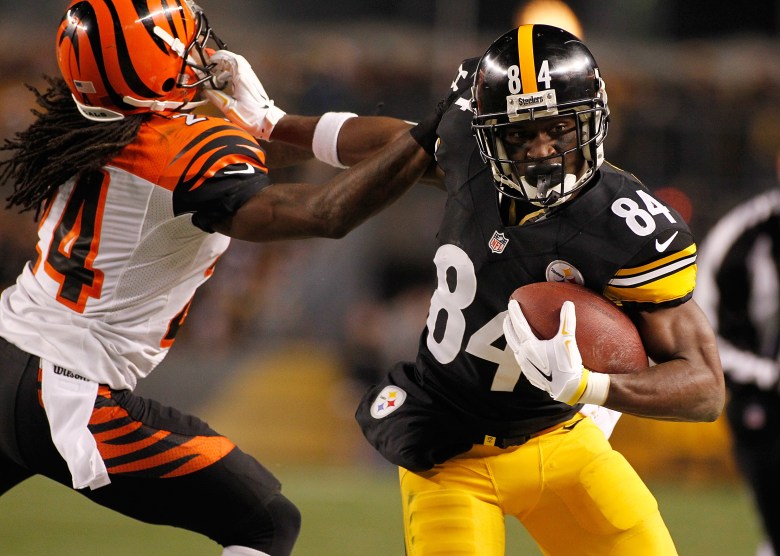 The Pittsburgh Steelers defeated the Cincinnati Bengals 27-17, winning the division crown and the third seed in the AFC playoffs. They’ll face the Baltimore Ravens at home next week, while the Bengals travel to Indianapolis to face the Colts.

The star of this game was Steelers WR Antonio Brown, who lead the league in receptions this year. He both opened and closed the scoring of this game, scoring the first touchdown of the game with a 71 yard punt return and ending the scoring with a 63 yard touchdown reception that put the game out of reach. It was a fantastic capper to a phenomenal breakout season for Brown. Not that he was the only contributor for the Steelers; Ben Roethlisberger threw for 317 yards, and CB Brice McCain intercepted two Andy Dalton passes.

Both teams had crucial injuries to star players. Le’Veon Bell of the Steelers left in the third quarter with a hyperextended knee, and the Bengals’ A.J. Green left in the fourth after being kicked in the head. Both teams will be hoping for those injuries to heal relatively quickly, as we now know their playoff match-ups for next week.

What a game for Antonio Brown. What a whole season for him! Four plays after the Bengals fumbled the ball, Brown ran passed a falling defensive back and breezed into the end zone with a 63 yard touchdown, giving the Steelers a 10 point lead with under three minutes left. Combined with his punt return, he’s trying to drag this whole Steelers team to a division title by himself.

A.J. Green Fumbled the Ball and Hurt Himself Late in the Fourth Quarter

With four minutes to go, Andy Dalton threw a perfect pass to the usually dependable A.J. Green. But the Steelers’ Antwon Blake knocked the ball out and recovered it for Pittsburgh. Even worse for the Bengals, Green got hit hard and struggled to leave the field after a hard hit to the helmet.

The Steelers Attempted a Fake Punt and Turned the Ball Over

That was a decision that could prove disastrous. On 4th and 9 at the Cincinnati 45, the Steelers called a fake punt, and punter Brad Wing threw it right to the Bengals’ Dane Sanzenbacher. The Bengals ended up with the ball on their own 41 yard line.

Jermaine Gresham Scored a Touchdown For the Bengals Despite an Injury

Despite a nagging back injury, Bengals TE Jermaine Gresham has been in and out of this game. But he managed to stick around long enough to score a 5 yard touchdown, capping off a seven and a half minute drive, capitalizing on Nelson’s interception, and cutting the Steelers’ lead to just 3 with 11 minutes to go.

Le’Veon Bell Was Injured, and the Steelers Turned the Ball Over 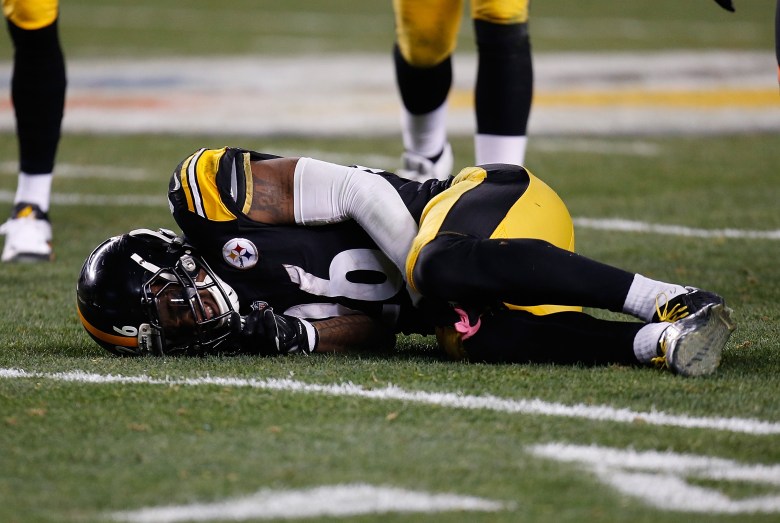 Well that was rough for Pittsburgh. The drive opened with a pass to star RB Le’Veon Bell, but a hit from Bengals safety Reggie Nelson left him Bell with an injured knee and sent him to the locker room. Five plays later, Nelson intercepted Roethlisberger to end a drive that was gaining steam for the Steelers.

The Bengals opened the third quarter with a five minute drive that took them down to the Pittsburgh 32 yard line. Unfortunately for Cincinnati fans, Mike Nugent proceeded to miss a 50 yard field goal attempt, keeping the Bengals in a 10 point hole and giving the Steelers good field position.

The Steelers Pad The Lead To End the First Half

The Steelers, driving after the two minute warning, took it all the way to the Cincinnati 7 yard line, ultimately kicking a 25 yard field goal to give them a 10 point lead going into halftime.

Dalton Throws Second Interception to McCain, And The Steelers Took the Lead

Andy Dalton’s primetime struggles continued, as he threw a pass far too high for a wide open A.J. Green, who saw it go off his hands and into the hands of Brice McCain for the second time in the game. Two plays later, Ben Roethlisberger completed a pass to rookie Martavis Bryant, and Bryant took it 21 yards for a touchdown.

The Steelers Tied The Game Midway Through the Second Quarter

A promising drive for the Steelers, which saw Roethlisberger go 4/5 for 69 yards, stalled in the red zone. Shaun Suisham was still able to kick a 29 yard field goal and tie the game for Pittsburgh.

The Bengals Took the Lead on a Field Goal

The Bengals were able to take advantage of the Steelers turnover, with Mike Nugent kicking a 40 yard field goal to give the Bengals the lead early in the second quarter.

The Bengals Recovered A Fumbled Snap

On a 3rd and 6, Andy Dalton, trying to avoid pressure, smartly shoveled the ball to running back Giovanni Bernard. Bernard took it 17 yards to the end zone, giving the Bengals their first score and tying the game. 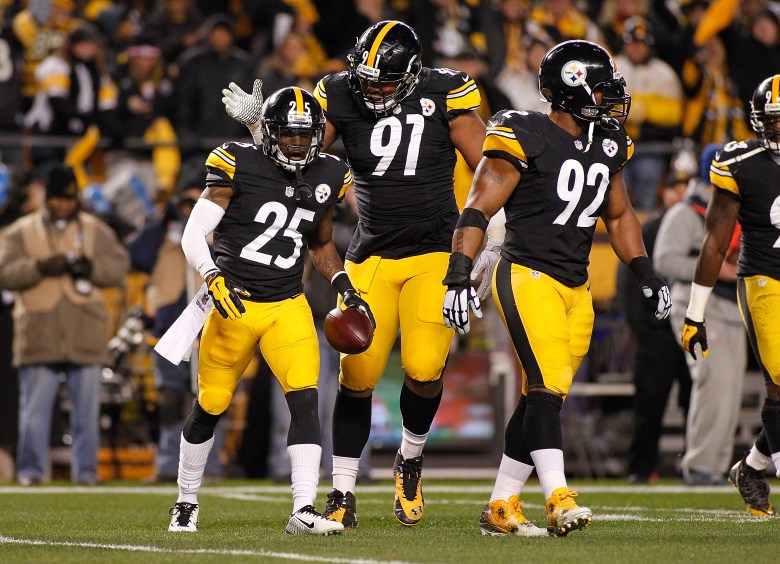 Andy Dalton is looking to shake his reputation as a quarterback who struggles in primetime games. This won’t help that. Driving in Steelers’ territory, Dalton was picked off by Brice McCain at the Pittsburgh 2 yard line.

After the Steelers’ opening drive stalled and the Bengals went 3 and out, Antonio Brown evaded several Bengals on the punt return and took it 71 yards for a touchdown, giving the Steelers an early lead and opening the scoring.

And so the regular season comes to a close at Heinz Field, as the Cincinnati Bengals face the Pittsburgh Steelers with the AFC North title at stake. Granted, it could be worse; the loser still has a guaranteed playoff spot as a Wild Card.

The Bengals (10-4-1) potentially have more at stake in this game, as a Broncos loss would give the Bengals an opportunity for the first round bye. The Steelers (10-5) are in the playoffs for the first time since 2011 and look to secure at least one home game.

The Bengals hope to get their offense healthy tonight. QB Andy Dalton battled flu-like symptoms this week, and star WR A.J. Green, while listed as probable, is still dealing with a nagging bicep injury. The Steelers, meanwhile, just look to keep their 2nd ranked offense rolling.

Keep it here for highlights and score updates.