Since being acquired by Disney in 2008, Marvel Entertainment has become an internationally recognized brand, with a highly successful film franchise propping up its recently relaunched Marvel NOW brand of comics. But the Marvel brand hasn’t always been so synchronized with its other transmedia proprieties, which has often lead to the best and most innovative titles in Marvel’s long list of branded games content.

With the words ‘Die X-Chicken,’ Magneto’s hilariously bad voice actor cemented Konami’s 1992 arcade beat ’em up X-Men as a force for laughs within the gaming community. Besides its unintentional comedic timing, the game is actually respectably fun, and recently was re-released for Playstation Network, Xbox Live and Android and iOS devices.

The game is a six-player brawler where players control Cyclops, Colossus, Wolverine, Storm, Nightcrawler or Dazzler to do the unthinkable: stop Magneto from destroying humanity (again). The game is incredibly repetitive, but an absolute blast to play with friends, and a real classic from the heyday of X-Men supremacy.

Continuing the tradition of beat ’em ups, Marvel Ultimate Alliance 2 is in many ways a modern interpretation of that genre, with obligatory RPG elements added for an ankle deep gameplay experience. Nevertheless, Ultimate Alliance 2 has much of the multiplayer appeal that the original Ultimate Alliance did not, as the storyline adapts the iconic Civil War storyline, pitting Iron Man’s government sanctioned heroes against Captain America’s rebels. After a preliminary mission, players are forced to choose sides in the conflict are are given access to entirely different missions and heroes based on their choice, giving an extra level of replay value.

While it’s not exactly innovative, Ultimate Alliance 2 provides just enough depth to be enjoyable, particularity when you have three other friends to team up with.

Besides, something tells us that Dr. Strange foe Shuma-Gorath and mutant Spiral won’t be receiving another video game treatment anytime soon. Several steps (or claws) above the much maligned X-Men Origins: Wolverine film, the game of the same name explores the more feral side of Wolverine, and is only loosely based on the film. Taking cues from God of War and Devil May Cry, the game is violent and inspired, and brings in Hugh Jackman and Liev Shrieber to repreise their roles as Wolverine and Sabertooth while smartly leaving out Ryan Reynolds’ Deadpool. 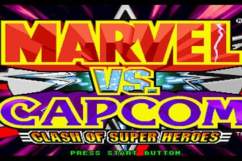 5. Captain America and the Avengers

Well before Captain America made his debut on the silver screen, he was leading the Avengers into battle against supervillians in the arcade classic Captain America and the Avengers. This was about the biggest star treatment the Avengers would receive before The Avengers movie era. A four player game, players control Captain America, Hawkeye, Iron Man and Vision as they do battle with Captain America’s greatest nemesis, The Red Skull. While not a game for the ages, endearing appearances from Avengers Namor and Quicksilver give the game a fresh dose of life, and it’s definitely one of the better ones for the beat ’em up crowd. With renewed interest in the Avengers since the launch of the Marvel film franchise, Marvel tapped Disney Interactive social game developer Playdom to create a turn based social RPG that would cater to both Marvel diehards and those who were simply interested in the movies. Living up to the task, Playdom created Marvel Avengers Alliance , a social game that features characters that range from Iron Man to Shatterstar (a member of the New Mutants) and has an innovative and surprisingly deep PvP mode with a rock-paper-scissors twist to it.

Avengers Alliance is probably the best Marvel game in the last couple of years and is definitely worth checking out just for the fan service alone. 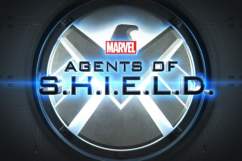 If there’s one Marvel character that has had pretty consistent video games, it’s Spider-Man. With web shooters and the agility of, well, a spider, Spider-Man is a character that pretty seamlessly adapts to the video game medium. Perhaps where this is best shown off is in the Spider-Man 2 video game, which gives Spidey access to the entirety of New York City, making it the first Spider-Man game to be a truly free-roaming open world game. For any fans of the sandbox genre, there’s no better way to get around the City than with web swingers and ridiculous amounts of agility.

The Incredible Hulk is one of Marvel’s iconic heroes that hasn’t exactly done well in the world of transmedia, with mediocre adaptations in both film and video games. A notable exception to that is The Incredible Hulk: Ultimate Destruction, which allows Hulk to do exactly what he was designed for: Smash. While the plot of the game is pretty convoluted, the game allows you to truly feel wield the power of the Hulk in a way that hasn’t really been explored in other Marvel games.

Don’t let the child-like visuals fool you, Marvel Super Hero Squad is a game for all ages. While the story is simplified as to appeal to a younger audience, the gameplay is audacious as ever and features many iconic Marvel heroes and villains. A sequel, Marvel Super Squad: The Infinity Gauntlet, was also released, and features a child version of the Thanos saga. All in all, it’s one of the better Marvel beat ’em ups in recent memory.

Although Marvel’s latest Free-to-Play offering has only recently been released, Marvel Heroes is shaping up to be a worthy experience similar to that of the classic Diablo II . Allowing players to control a wide array of Marvel characters, the game’s plot was written by acclaimed Marvel writer Brian Michael Bendis. Right now, playable characters range from Rocket Raccoon to Iron Man, but expect, at the least, interesting developments from this game as more updates come.