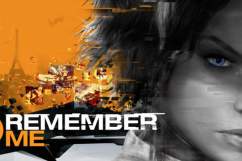 ‘Remember Me’: Top 10 Facts You Need to Know

Remember Me takes you into the future, as you make your way around Neo-Paris in the year 2084. A corporation by the name of Memorise has created a brain implant that allows everyone to share and upload their memories to the internet. Memorise has gained a considerable amount of power through the use of its invention, which turns Neo-Paris into an area that’s under 24/7/365 surveillance.

A group (the Errorists) becomes disenfranchised with this new technology, which leads to them looking to take down Memorise. You play as Nilin, a memory hunter who’s lost all of her memories. As a former memory hunter, she once worked for the very company she is now looking to put an end to. That same company wiped out Nilin’s past memories, which forces her to go on the run and pick up any traces of her past along the way. Nilin hooks up with the Errorists and their leader Edge for her ultimate mission – put an end to Memorise and their hold over Neo-Paris.

The premise behind Remember Me isn’t exactly new (lead hero/heroine wants to take down a mega corporation), but it unfolds in an entertaining way. The many cutscenes that pop up before, in between, and after every chapter help the player discover Nilin’s past life. The voice acting is strong for the main heroine, which helps keep players enthused about the revealing moments that are spread throughout the story. However, the rest of the cast aren’t particularly memorable. Hackneyed voice acting and horrible dialogue bring down these characters even more in the story department.

The beginning of the game’s narrative starts out very strong, with action packed moments and memory revelations. As you get closer to the end of Nilin’s journey, the plot becomes less fulfilling. Nilin’s strong character performance helps push players to the inevitable ending, though.

As for the graphical fidelity of Neo-Paris, its simply amazing. Everything, from the dirty slums to the metro areas of your international locale, are vibrant and full of activity. Robots tend to their minuscule duties, street preachers give their sermon to worried denizens, everyday citizens relax at a diner, and news announcements can be heard throughout the city. The augmented reality messages that are displayed upon moving near a store are also a nice touch. The lack of an HUD makes this game feel more immersive, which in turn makes you feel as if you’re playing a film rather than a game. The strong musical score helps amplify this feeling.

Remember Me’s gameplay adopts elements of linear exploration/platforming, fights, boss battles, environmental puzzles, and Memory Remix segments. Even though Neo-Paris looks fully exlporable, you’re sent along a chosen path. Nilin isn’t hard to control, but the camera presents a problem because its a bit too close to her. The platforming puzzles aren’t perfect either, but they’re solid and don’t present much of a problem. On-screen icons help point you to which object you’ll have to jump to next, which plays into the augmented reality aspects of the game’s environments.

As for the fights you’ll no doubt run into, a complex battle system comes into play. Nilin has access to customizable combos, which makes the enemy encounters fun. New moves are unlocked along the way, such as moves that deal heavier damage, heal you, and offer a quicker cooldown ability for your special moves. Speaking of special moves, Nilin can attack her foes with crowd clearing finishers and more powerful attack modes. She also has access to projectile attacks and your expected dodge maneuvers. Some problems rear their ugly head during the battle sequences, though – combos stop altogether when you go for another target, later enemies develop frustrating intricacies, memorizing the combos can be tough, and exact timing is required to pull off each combo.

One of the finer points of the game are the Memory Remix puzzles. Nilin has the ability to invade one’s mind and tamper with an important memory he/she holds close to them. These events help flesh out the story even more, as they delve into some of the character’s more intimate events. One such puzzle has you enter the memory of a bounty hunter sent to kill you. You witness a moment that involves her husband, a patient who’s under the watchful eye of a doctor. Your mission is to alter the events that played out in front of you, which entails rewinding the scene and activating changes to them. This could mean taking the latches off of the patient or changing the medicine that’s given to him.

These puzzles are the strongest parts of the game; it’s just a shame that there’s so little of them. The majority of your time will be spent running, jumping, and beating down Saber Force members and Leapers. I just wish more of the game’s campaign included more Memory Remix puzzles. My time with the game was worthwhile, no doubt. But little problems here and there took away from its overall quality. Even though these issues take the game’s quality down a few notches, I still left with a positive impression after my 10-hour playthrough.

Remember Me hits stores on June 4 and is available for the Xbox 360, PS3 and PC platforms.

Remember Me’s art design, battle mechanics, story, and innovative approaches to puzzles make it a refreshing video game experience. However, several issues put a damper on some of those aspects. This action/adventure game is still a great time, but your enjoyment of this game depends on how much frustration you can stand. This is a polarizing title, but in my opinion its a great one. 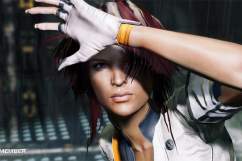