Grand Theft Auto 5’s midnight launch was certainly an exciting affair for gamers residing here in the states. It also garnered a huge crowd of hungry fans at video game retailers in the UK.

Sadly though, one GTA 5 fan was met with an unwarranted assault just moments after he purchased a copy of the game. A 23-year-old man was stabbed and robbed by multiple unidentified individuals after leaving an Asda supermarket located in Collindale, London.

The International Business Times posted this description from a police spokesman in the UK:

We were called at 1:20 a.m. to Princes Avenue, Colindale. A 23-year-old man was shopping, then on his way back home he was hit with a brick and stabbed. He was robbed of items he had bought from a nearby Asda supermarket, including a copy of Grand Theft Auto.

Law enforcement officials noted that multiple suspects were involved in the beating. Each of those unknown suspects still remain at large. As for the victim, he remains in stable condition at a hospital in North London.

Stories like this one seem to pop up every year once a major video game is released. Check out the list below for some instances of robberies connected to video games:

– November 2010: Two handgun-wielding men robbed a video game store in Harford County (Baltimore) and made off with more than 100 copies of Call of Duty: Black Ops. Both assailants came armed with semi-automatic guns and came off with four cases full of the game, cash and game consoles.

– November 2011: Two masked men stole a delivery truck in France that contained 6,000 copies of Call of Duty: Modern Warfare 3. The delivery truck was traveling in Créteil, South Paris, but it was forced to stop after hitting a car on the road. While the driver was handling the crash, two masked men used tear gas to put down the truck driver. They proceeded to steal the vehicle.

– October 2012: A customer who just purchased Resident Evil 6 from a GameStop on Seminole Trail (Virginia) was robbed for his copy. Cops reported that two black men came up to the customer as he was getting into his car and threatened him with a gun. The customer was then forced to give up his copy of RE6. 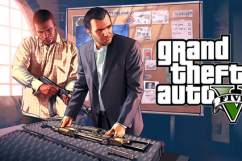