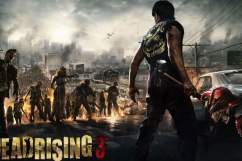 Dead Rising 3 throws gamers back into a post-apocalyptic setting that’s packed with hordes of disgusting zombies. Capcom’s Xbox One launch title continues the lineage left over by previous games in the series and gives it a next-gen makeover.

Everything may look gray and dull, but that doesn’t mean the over-the-top action and hilarious antics of the main characters are gone. Dead Rising 3 may just be the launch game that early Xbox One adopters are looking for. The reviews are now public, so the question remains – Is it good or not?

Check out these top reviews on this next-gen zombie buster!

IGN noted that the game’s heavy combat and crazy offering of wild missions make the game hard to put down. They did complain about the game’s muddy graphics and long load times, though:

Dead Rising 3 doesn’t get by on its looks, but its meaty zombie-slaying combat and nearly endless supply of undead and ridiculous weapons go a long way. Through its lengthy campaign, I was always eager to see what crazy zombie-squishing contraption would come along next. It rarely disappointed, except when navigating its snarled map and waiting out its load times took me out of the fight took too long.

GameSpot’s take on Dead Rising 3 was a somewhat positive one. They were none too pleased with the amount of in-game bugs that crippled the campaign’s experience. But they did get into the fun loving spirit of the zombie killing carnage the game does so well:

Computer and Video Games loved the game’s weapon crafting system and wider world. However, they took off points for the game’s horribly controlled vehicles and lackluster Kinect 2.0 functionality:

In some ways Dead Rising 3 doesn’t feel like a sequel at all. It’s a sloppy, loose and ugly looking game, lacking the finely tuned foundations of most games in their third iterations. Its problems, though many, are somewhat saved by all of the effortless fun had dicing up zombies with bizarre weaponry. Capcom hasn’t managed to clean the blood off this flawed diamond. In some ways it may even have tarnished it further. But a diamond it remains.

Polygon’s couldn’t get enough of the game’s open world and its litany of gameplay possibilities. They weren’t big fans of the game’s difficulty spikes and inventory issues:

DEAD RISING 3 IS A PROMISING, ULTIMATELY CLUMSY NEXT-GEN DEBUT: Dead Rising 3 gets a lot of things right. It presents a massive open world filled with possibilities and features the first truly impressive use of scale in a game based on a zombie outbreak. But the game’s difficulty spikes — due to its control and inventory issues — and boring, stereotype-laden writing can be difficult to swallow. There’s a very good game lurking inside of Dead Rising 3 — but it feels a little unsteady on its feet.

Game Informer loved the game’s chaotic action, co-op mechanics and new combo weapons/vehicles system. However, they knocked the game for its every present amount of game-breaking bugs:

Dead Rising 3 marks the most fun I’ve had with the franchise, but the impressive technical accomplishment comes with its share of problems. Items dropped onto the ground sometimes fall through the world, becoming unobtainable. Crowds of zombies can suddenly fade away, leaving you swinging at the air. Equipped weapons occasionally disappear from your hands. Despite the impressive draw distance, objects can pop-up out of nowhere.

Capcom Vancouver’s latest entry in the Dead Rising saga is an impressive display of big, dumb fun, and a must-play for fans of the series. It’s also a great demonstration of the outstanding capabilities of next-gen hardware right out of the gate. Thinning out the undead of Los Perdidos is worth your time, but the bugs infesting the sandbox are an unwelcome scourge. 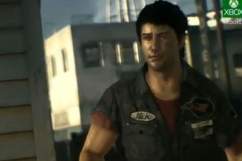