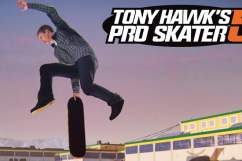 There seems to be a current trend in gaming these days. Fans regard some of the classics within such a multimillion dollar medium as the type of games they’d like to see return. Final Fantasy VII, Shenmue 3 and even spiritual successors to retro releases have been revealed this year. Back in the day, the top skating game was undoubtably Tony Hawk’s Pro Skater. It’s pick up and play format, rocking soundtrack, outlandish stages and crazy stages made everyone a fan. Over the years, fan interest in the entire franchise has waned due to lackluster entries and a skateboard controller peripheral that flopped badly. For 2015, Activision has given life to the series with an official 5th entry that goes back to the basics. Unfortunately, the game’s unfinished state and repetitive mission structure brings down the integrity of this series once again.

First, let’s speak on what makes this game somewhat halfway decent. Skating around freely never grows tiresome. Old stages have gotten a facelift, plus plenty of new stages have been added in to keep the skate party rolling. The old way of doing things (collecting the letters C-O-M-B-O and S-K-A-T-E, picking up tapes/DVDs etc.) makes a comeback here. What makes this routine even more fun is the online implementation of competitive and co-op play. Up to 20 skaters at once can compete in all types of challenges against or with one another. Once you get accustomed with the game’s legacy controls again and figure out the best ways to utilize the new slam down mechanic, you’ll fall into the fun free skate sessions just like old times. They’ve always been addictive and never falters in the gameplay department.

One the creative front, the custom skate park creation mode can be a fun pastime. In one instance, you can build up a nice indoor mall facility that’s full of ramps. Or you can go above and beyond by producing a massive space station full of outlandish monuments made for pulling off tricks and grinds. Once again, you’ll have the ability to create you own skater. There’s a nice array of unlockable faces, clothes, skateboards and more that gives you plenty of options for your own skater. The decision to switch a real skater out with a created one is strange (how come your custom skater doesn’t have their own selectable slot?), but this aspect of the game is fun to play around with.

We’ve spoken about what makes this game not entirely horrible, but there’s too many negatives here that tamper with the finished product. It’s pretty evident that this skater was rushed in development and not given the proper care it deserves. You’ll routinely find yourself landing wrong and falling through the stage into a vast nothingness. Selecting missions can become an activity that’s far too troublesome since they won’t even begin when you’re clearly trying to start them. The music cuts out randomly, the visuals look straight out of the PS2/Xbox/GameCube era and every stage’s mission repetition will push you away instead of keeping you entertained. Your fun times will come to an end every time you see a skater’s head get stuck in the concrete or watch them floating through the air in slow-motion after failing to land a trick. It’s so heartbreaking to see a series that was once the very best of digital skaters fall to such a unremarkable state.

Tony Hawk’s Pro Skater 5 could have been amazing. Stepping onto a digital skateboard once again and pulling off huge trick combos, playing with or against fellow online skaters and free skating to your heart’s desire are fun endeavors. But the gluttony of technical issues, repeated missions on each stage and lackluster graphical presentation are too tough to overcome. In its current state, THPS5 is damn near unplayable at times. This once legendary franchise has to go back into its hole once again or return to the drawing board for a completely retooled experience.