The “Whispers of the Old Gods” projected release date is one week away, and there’s still tons to reveal before the full launch on April 26. Over the weekend, Lead Designer Ben Brode gave some hints as to what to expect in the coming days on his Twitch stream. To check the clips out for yourself, head over to Twitch. But here’s what we can expect over the next seven days.

During Brode’s stream he announced an additional stream for April 21st. He didn’t specify many other details, but this could be where we see the new WOTG game board. He did confirm an additional board for the expansion, but didn’t say much else in that regard. Aside from over 150 new cards, another big change to Hearthstone’s core game will be changes to cards that already exist. There haven’t been any official announcements about what cards will be changed, but Brode mentioned that nerfs will be divulged close to the actual release date.

Why so late? If Blizzard announces card changes early, those cards will be immediately phased out of competitive play. Keeping their cards close (literally) means that the nerfs will just be one of the many meta-changing shifts occurring next week.

Players also learned of another new legendary card on Monday, when r/hearthstone revealed their card to be the one cost neutral legendary Shifter Zerus. If played after being drawn Zerus is just a 1/1, but the card will transform into another random minion each turn the card is in your hand. It’s a crazy low-cost card that could have tremendous upside, but brings another layer of RNG to the game. After all the streamers and news outlets have revealed cards, there are still 63 more to be released. The best bet is that those will be released all at once on Hearthstone’s Facebook page, similar to the TGT release last year. 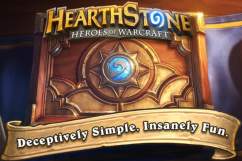