Here are the top 10 tips/tricks/cheats you need to know for Hearthstone: Heroes of Warcraft.

1. Get to Know Your Character Classes – Part 1

• Hearthstone has a total of 9 playable classes. Those classes are the Warrior, Shaman, Rogue, Paladin, Hunter, Druid, Warlock, Mage and Priest. Check out the list below for some tips on the 1st five classes we mentioned beforehand:

– The Warrior belongs to a weapon class. This class has access to the game’s most powerful offensive cards and it’s strong enough to not rely too much on the aid of minions. The Warrior’s hero ability (“Armor Up!”) allows it to gain additional armor.

– The Shaman has access to a wide variety of cards tagged to “Windfury,” an ability that allows summoned minions to attack twice in a single turn. Another great Shaman ability is “Overload,” which locks down the mana crystals for you next turn. It’s hero ability summons a random totem that provides a random special buff. This class is perfect for players who rely on putting up minions that offer boosters to other minions and players who look to control the board.

– The Rogue is another weapons based class. It’s hero ability (“Dagger Mastey”) allows it to equip a one-damage weapon (Wicked Knife) that’s in use for two turns. It can also use cards that can activate a special ability once another card is played in the same turn. The Rogue is a class that focuses on combo card play.

– The Paladin is a jack of all trades. They tend to battle with several minions in plat at one time. Their defensive-minded tactics comes into play with abilities such as “Divine Shield,” which can absorb the 1st sign of incoming damage to one of its minions. The Paladin’s hero ability (“Reinforce”) allows it to summon a 1/1 minion on the battlefield.

– The Hunter fights through the use of minions more than any other class in the game. The minions they rely on are beast cards, plus they utilize trap spells to halt their opponent’s progress and summon more minions. Playing a bunch of minions at one time is the Hunter’s focus, which is something that happens when they use their special skill “Unleash the Hounds.” This spell summons a bunch of weaker minions to enter the fray. It’s hero ability (“Steady Shot”) does direct damage to your opposing hero.

2. Get to Know Your Character Classes – Part 2

• And here’s some additional advice on the rest of the character classes available for play:

– The Druid is one of the most versatile classes to adopt. They use cards that specialize in a number of special abilities that can grant them the type of boosters that keeps them in battle for the longer haul. The Druid’s weapons-based hero ability (“Shapeshift”) gifts it with one point of armor and attack for a single turn. The cards specific to this class grants it effects such as the ability to draw three cards.

– The Warlock is a rushdown worthy class. It’s hero ability (“Life Tap”) allows it to gain an extra card for every turn at the cost of two health and two mana. You’ll be able to gain your more powerful cards pretty quickly with this class due to its ability. Most of its class specific minions and spells are super helpful, but they come with a catch – their abilities can only be used when something else is sacrificed.

– The Mage is the class you’ll probably run into first during the game’s tutorial period. They rely on strong spells, such as the hero ability known as “Fireblast.” This easy to approach class comes with essential spells, but weaker minions.

– The Priest is capable of keeping its minions alive much longer due to its hero ability, which helps heal any minion with up to two health points at the cost of two mana. This class relies on spells that boost the max health points of its minions and the use of any removal-type spells. It’s hero power (“Lesser Heal”) can constantly heal minions and itself during several turns.

3. Focus on Building a Themed Deck of Cards

• Simply put, there’s a seemingly endless wealth of cards to collect in Hearthstone. Since we’ve given you the background on each of the character classes, pick one and provide them with the appropriately themed cards needed to maximize their potential. The more aggressive players will want to focus on including strong minions and spells, while more defensive and slower-paced classes will need to adopt minions that can taunt and healing cards. The two classes that should ease players in are the Mage and Hunter, due to their strong hero powers and special abilities. 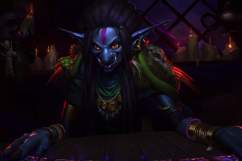 • Some cards carry passive abilities on them that bring up a number of helpful uses during battle. Passive abilities are referred to as keywords, which includes – Taunt, Battlecry, Silence, Divine Shield, Windfury, Combo, Overload, Choose One and Unique Text. Taunt is capable of keeping a rival’s minion from attacking if it’s facing one of your minion’s with this passive ability. Hit up the following link to read up on what the rest of these passive abilites can do.

5. If You Obtain Lord Jaraxxus, You’ve Got One of the Best Cards in the Game

• If your class is a Warlock, you’ll want to pay special attention to this tip. One of the strongest minions you can obtain is Lord Jaraxxus. When put into play, your hero morphs into the demon himself and brings up your hero’s max health to 15 (your armor is set to 0, though). The hero ability you’re granted (INFERNO!) lets you summon a 6/6 Infernal minion at the cost of two mana for every turn. You’ll also be granted the use of Blood Fury, a weapon with 3 attack points and 8 points of durability points.

6. The Basics of Gold and Dust

• There are two main forms of currency in Hearthstone – gold and dust. Gold is acquired by getting prizes from the Arena, becoming the victor in online matches and beating fulfilling daily quest requirements. As for what nets you dust, you can also earn some in the Arena. You’ll also have to sacrifice any of your unwanted cards to gain dust, too.

7. Casual Mode is Your Best Friend Near the Start of Your Playthrough

• As you begin the game, you’ll find yourself picking up on the in’s and out’s of your class and deck. Near the starting portions of the game, head into casual mode. Casual mode will place you against players who match up with you, skill wise. Depending on your success-failure rate, you’ll get matched with even more players that you should be even with. Don’t hop into ranked mode until you have a solid understanding of your class and a wealth of powerful cards. Don’t base a player’s rank on their skill level. Like you, they may not play a lot of ranked matches since they’re coming into it fresh with a strong deck.

8. Basic Tips Regarding the Arena

Prima Games provided players with a bunch of useful tips on how to approach Hearthstone’s Arena mode:

Where you spend your money is just as important as how you earn it. Don’t waste your gold on boosters; take a chance on The Arena instead. The Arena pits you against like-minded players with specially drafted decks. Instead of bringing in your own decks, you must pick between three randomly selected heroes and construct a new deck from 90 semi-random cards. That means every player in The Arena is on equal footing (assuming they all made smart choices). An Arena run ends when you reach either nine wins or three losses. But no matter how many times you win or lose, you always get some kind of reward, including a booster pack, gold, dust or single cards. The more you win, the better the rewards, and you only need to reach four-to-six wins to make back what you put in.

9. Use Your Hero Power to Kill Enemies and Save Cards

Kotaku let players know that they can save their minion cards by using their hero power to take down their enemy’s minions:

If you can kill an enemy minion by using your hero power it is a big advantage because you didn’t spend a card. However, most of the time, playing a creature from your hand will give you a bigger board presence than using your hero power. In the early game focus on getting out minions so that you control the board. In the late game you will have more mana so you can use your hero power more often.

10. There’s Three Extra Resources You Can Get for Help on Hearthstone

• Our Hearthstone guide may help you with a few of the finer aspects of the game, but there’s a lot of advanced strategies you’ll have to adopt later on. You’ll find a wealth of extra tips and extra advice on how to dominate the card battling battlefield through two methods – the Subreddit page for the game and Twitch.tv livestreams. Jump on over to Battle.net, too. Check out all the extensive tips hardcore Hearthstone players provide and make sure to watch some of those players in action. 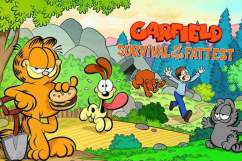 ‘Garfield: Survival of the Fattest’: Top 10 Tips & Cheats You Need to Know