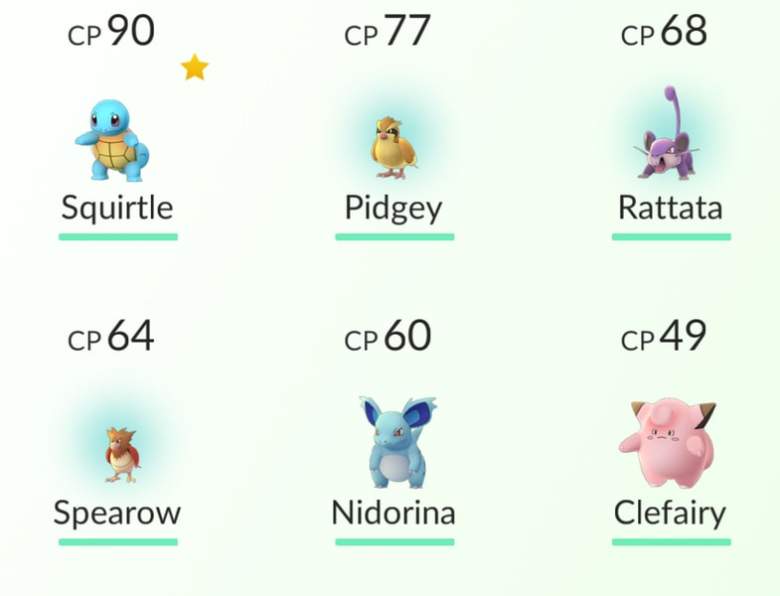 In Pokemon Go, a blue glow appears around Pokemon you have captured in the past 24 hours. (Reddit/DBroddd)

New Pokemon Go players inevitably find themselves asking tons of questions, as the game does not explain many of its most important features. A minor one of these, but one still sure to pique a lot of gamers’ curiosity, is the faint blue glow that appears behind some Pokemon in your inventory but not around others. What does this mean?

All this blue glow signifies is that the Pokemon has been caught within the past 24 hours. It’s simply meant to be a helpful little visual to draw your eye to the most recent captures, distinguishing them from the Pokemon that were in your inventory already.

This can be helpful when you have many duplicates of the same species but want to transfer some of them to Professor Willow. Doing this gives the player more candy, and so transferring your low-leveled Pidgeys to the professor can be extremely lucrative. But once you transfer the Pokemon, there’s no way to get it back, and so you’ll want to make absolutely sure you’re only giving Willow the lower leveled ones. This blue glow, in addition to the CP icon, is a nice way of separating the multiple species.

After 24 hours have passed, the blue glow surrounding your Pokemon will disappear, indicating that it is no longer considered a new capture.

This is just one of many features the game doesn’t immediately explain. There’s also the green leaves, which appear around the map while you’re walking but which the game does not give you any information about. This, as it turns out, is merely an indication of where Pokemon generally spawn, but not necessarily a guarantee that there is a Pokemon there at the moment.

Thankfully, Pokemon Go players have gathered online to figure out all of these mysteries. In one Reddit thread, various users speculated about the blue glow as if they were forensic scientists. Some wondered if it had something to do with the Pokemon’s moves, while others thought it was merely an insignificant background image. Ultimately, though, the correct answer about the recent captures emerged.