Sure, the news of Final Fantasy XV’s delay from September 30 to November 29 was a heartbreaker.

But Square Enix and the dedicated developers behind the game are doing everything in their power to make sure its fans are kept busy with content. The music behind this newest grand RPG has been heard in the myriad of game trailers released thus far. We’re huge fans of the orchestral score and we’re sure we’re not the only ones who feel that way. A special hour-long concert will give everyone even more time to soak up the beautiful tunes from Final Fantasy XV. Emanating from Abbey Road Studios, the London Philharmonic Orchestra will perform live renditions of songs from the game. Plus, Final Fantasy XV composer Yoko Shimomura will offer commentary on everything we’ll hear. 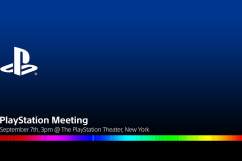