So we all have an idea of what Microsoft is doing next with its Xbox One brand: the new slimmer Xbox One S models and the impending “Project Scorpio.”

Sony has been quiet on their future moves for the PS4, but there’s been several leaks about those moves. Is there really going to be a brand new, beefed up PS4 dubbed the “Neo?” And are those images of the slimmer PS4 model legit? We’re all going to find out if these rumors and so much more ring true during the NYC PlayStation Meeting 2016. What we do know is that this live streamed event will give us a technical showcase of what’s next from Sony’s gaming machine. The oft-rumored PS4 Neo is said to feature an upgraded CPU, GPU and memory. This major event will give gamers an inside look at the exciting future of the PlayStation brand.

Tune in right here to see everything that’ll be announced during the PlayStation Meeting 2016. 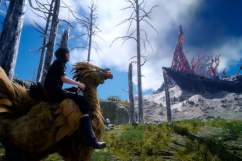