A German YouTube channel with the watermark of “Nintendo Online” appears to have accidentally leaked the first 15-minutes of demo gameplay for Pokemon Sun & Moon. Watch it here.

The YouTube video leak was noticed by Redditors in /r/pokemon and was quickly pulled down, but not before it was shared by fans on other channels.

The actual demo is not supposed to be released until tomorrow, October 18. An exact time has not been given except by Nintendo Europe which stated it would be released in the “early morning.”

It is unknown if it is a global release.

The demo requires 3.2 GB of free space, bigger than all of Nintendo’s previous demos for games. Serebii’s Joe Merrick said it’s bigger than the Super Smash Bros. demo, which had been the largest yet at 2.1GB.

In the leaked video, the hero is shown exploring Melemele Island, the first island in the Alola region. The hero receives the special Ash-Greninja as a Pokemon and later goes on to catch a Pikachu after several battles with grunts and wild Pokemon. 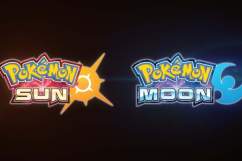 ‘Pokemon Sun & Moon’ Demo: What Time Will it Release on October 18?