The best Street Fighter players in the world are getting ready to duke it out at CapCom Cup 2016, the annual tournament being held across two days in Santa Ana and Anaheim, California. Whoever wins the competition will be walking out with an extraordinary amount of money. What are the prizes, exactly?

A total of $350,000 is available to competitors at CapCom Cup 2016. That includes $205,000, which will be split up among the players, plus a bonus of about $100,000 raised from downloadable content sales. Thirty percent of the revenue raised from that DLC goes to the prize pool, 50 percent goes to pay for production costs associated with the CapCom Cup tour, and 20 percent goes to Sony itself, according to Shoryuken

The first place winner will receive $120,000, plus an unspecified DLC bonus. They will also be crowned Street Fighter V World Champion.

The second place winner will receive $60,000, plus an unspecified DLC bonus.

Finally, the third place winner will receive $25,000, plus an unspecified DLC bonus.

Clearly, this is an extraordinarily large prize pool, and for many of those participating in CapCom Cup 2016, a first place victory would represent the largest prize they have ever won from an e-sports event. For Infiltration, one of the best Street Fighter players in the world, the largest prize he has ever won at one time was $50,000 from EVO 2016. Tokido, another strong player, took home his biggest prize of $12,000 from CEO 2016. If Tokido wins CapCom Cup this year, his award will be 10 times that. 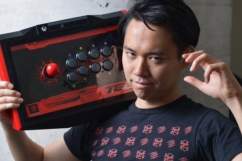