This announcement came out of nowhere on Thursday afternoon, with Niantic posting an update to its website saying that the app is now available. In the announcement, Niantic says that players will be able to use the app to receive notifications about nearby Pokemon and PokeStops, count the distance traveled towards eggs and buddies, log play sessions as a workout, collect items from PokeStops, and get notifications when eggs hatch.

One thing the app apparently can’t do, though, is catch Pokemon; you still need to use your iPhone for that.

This app was originally announced three months ago at an Apple keynote event, but fans had not heard anything about it since then. Rumors began to spread last week that the app might be canceled, but Niantic quickly chimed in to shoot those rumors down.

Despite this announcement being posted, most players aren’t actually seeing the Apple Watch app show up on the App Store quite yet. Niantic usually drops this kind of news a few hours before most players really begin to get their hands on the thing being announced, so if you don’t see the app on your store at the moment, you’ll sadly just have to keep refreshing until it makes its way to your area.

Here is the full announcement of the Apple Watch app from Niantic.

Pokémon GO is now available on the Apple Watch! You will now be able to explore and experience the world around you directly from your wrist, whether you’re searching for wild Pokémon or trying to hatch the Pokémon originally discovered in the Pokémon Gold and Pokémon Silver video games.

Apple Watch is particularly well suited to Pokémon GO as it seamlessly combines gameplay and imagination with getting exercise and exploring the real world. You can easily interact with Pokémon GO on Apple Watch, using quick taps to discover nearby Pokémon and collect items from PokéStops. Once you encounter a Pokémon, you can catch it from your iPhone. You can log your play sessions through the Apple Watch app as a Workout that will count toward your personal Activity rings, while also counting distance toward hatching Pokémon Eggs.

To recap the core features of Pokémon GO on Apple Watch, you’ll be able to

This holiday season, experience Pokémon GO and the world around you in a whole new way on Apple Watch. It’s the perfect companion for bundled-up winter walks in the Northern Hemisphere and for fun summer activities in the Southern Hemisphere. And hey, what great timing—you can get a head start on that New Year’s fitness resolution by having some fun now!
—The Pokémon GO team

Read more about the Pokemon Go Apple Watch app in Spanish at AhoraMismo.com: 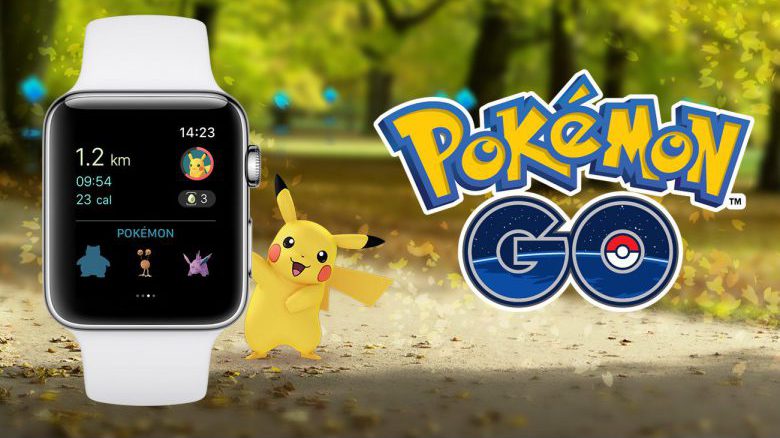