Pokemon Go has announced that it’s now releasing limited-edition Pikachu who will be dressed in holiday clothing. These Christmas Pikachu are already starting to be spotted by trainers. Which trainers have spotted them so far?

The sightings announcements are already starting to come in. In fact, one holiday Pikachu was spotted just minutes after Niantic made its announcement, according to The Silph Road.

Holiday Pikachu has been spotted in the wild! pic.twitter.com/TkhiJTmslQ

So where have trainers been spotting and catching the holiday Pikachu so far?  So far, Pikachu’s holiday version has been seen or caught in many locations. In fact, it’s been found in so many places that trainers aren’t even sharing their locations, they’re just sharing photos, one after another, as they find the holiday Pikachu. Niantic didn’t take long to start releasing the new Pikachu in many locations where Pikachu are normally found.

Here are some sightings that have been shared online so far:

So what’s your best bet for finding a holiday Pikachu? It appears to be, just look in places where you’ve caught Pikachu before. They’re really showing up everywhere, so get outside and go walking.

Have you found the festive holiday Pikachu yet? Let us know in the comments below. 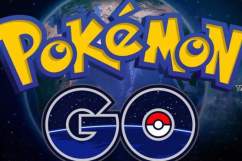 ‘Pokemon Go’: How Much Candy Do You Need to Evolve the New Pokemon?