New Pokemon are officially being added to Pokemon Go.

The major news was announced this morning with a tweet from the official Pokemon account, which told fans to stay tuned for more information about new species on December 12th. Note: the 12th will be the day when a more detailed announcement comes, not the day the actual new Pokemon are released.

More Pokémon are coming to #PokemonGO! Stay tuned for details on 12/12, Trainers! pic.twitter.com/KOfScNpKdr

So what Pokemon are being added to the game?

Although Niantic has not yet revealed this, the most likely answer is that the second generation of Pokemon will finally be released, although it also could be that legendary Pokemon are on their way. Mewtwo, Mew, Moltres, Articuno, and Zapdos have still not appeared in the app, but they are present in the game’s code, indicating that Niantic plans to unveil them eventually.

Niantic has said since the beginning that they plan to bring other generations of Pokemon into the game, and right before the holiday season seems like the perfect time. Recently, Niantic has had success with events tied to specific holidays like Halloween and Thanksgiving, and so the second generation launch could be tied into the various winter holidays that are coming up. That would also be a perfect time for it considering the number of children who will be home from school.

Very soon, then, you’ll either be able to get your hands on Mewtwo, Mew, Moltres, Articuno, and Zapdos, or on the following second generation Pokemon:

This comes after the rumor that Starbucks will be launching a special promotional event to take place on December 8th. It was speculated that this could involve the release of new Pokemon, but now we know that this isn’t the case, with word of the new creatures not coming until December 12th.

However, with Sprint also recently announcing a partnership with Niantic and with the Starbucks event still being a possibility, it seems that companies may have decided to partner with the mobile app in December knowing that a major update was coming that would boost its popularity. After all, the apparently leaked memos from Starbucks indicated that Pokemon Go “version two” was on its way, with another saying that new Pokemon were being added to the game. 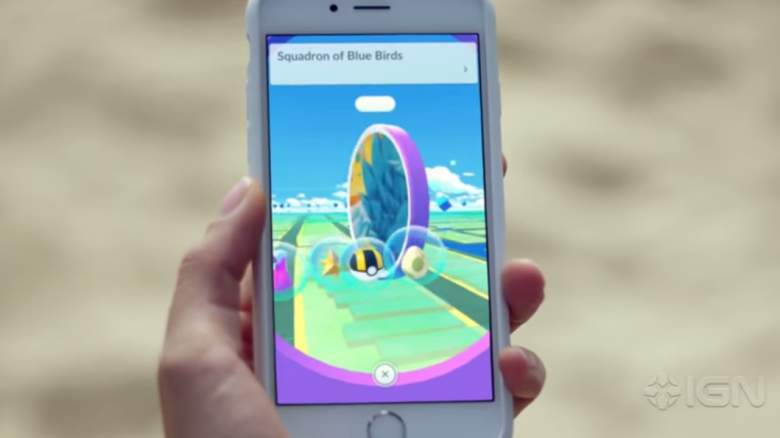