In the first match of the 2017 Spring Split, Cloud9 swept Team SoloMid 2-0. C9 killed 20 of TSM’s champions while suffering 12 champion kills, and inflicted 108.5k in total damage as compared to taking just 66.3k in damage itself during the first game in just over 40 minutes.

In the second game, C9 further exhibited its preparedness for the season. C9 built a huge advantage in gold early, then rode that momentum to the match victory in just under 37 minutes.

The MVP of the match was rookie jungler Juan Arturo “Contractz” Garcia. Not only did Contractz get first blood for his team in both games, but he also established first tower for C9 in the first game and had the largest killing spree (five) in the second game.

As the night continued, Echo Fox and Phoenix1 took the stage. The result of the second match was akin to the first, a Phoenix1 2-0 sweep.

Jungler Matthew “Akaadian” Higginbotham, as Rek’Sai, got off to a strong start for Fox in the first game. Getting first blood at just over the three-minute mark and first tower as the 17th minute passed, Fox was in control of the game early. Thanks to a kill spree of six by P1 jungler Rami “Inori” Charagh as Rengar, helping P1 post a combined KDA of 18/8/34 in the top three lanes, P1 was able to come back and take the first game.

Akaadian again drew first blood in the second game at 5:17, but this time carrier No “Arrow” Dong-hyeon secured first tower for P1 at 13:40. P1 Midlaner Yoo “Ryu” Sang-ook accomplished both the largest multi-kill of the game (two) and the largest killing spree (six) for P1, and P1 finished off the match with a victory in the second game as well.

In a losing effort, Akaadian stood out as perhaps the best player of the match. His combined KDA from both games was an impressive 9/7/14 and combined gold total was 22.4k.

After Day 1, here are the NA LCS standings.

Today’s matches include four contests, with two pairs of matches being played simultaneously. At 5 p.m. ET, Counter Logic Gaming begins its 2017 Spring Split against Team Liquid. While that match is being played, Team Envy will face FlyQuest. At approximately 8 p.m. ET, Echo Fox will see if it can get its first win of the season against Immortals. At the same time, Team Dignitas will try to hand Phoenix1 its first defeat of the Spring Split.

Here are the results from January 20 and the schedules for January 21 from the rest of the world: 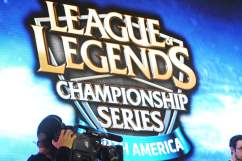