Injustice 2’s release date is a just few months away, which is why Ed Boon and his NetherRealm Studios development team are ramping up their character reveals. A new trailer for an often requested character for the 1st game was revealed today. Black Canary officially joins the roster as a 1st-timer and she brings with her her powerful screams and a host of slick grapples. The trailer posted above details everything you can expect to utilize when you attempt to master her superpowers. Down below, you can check out the character profiles for a few other Injustice 2 combatants – Brainiac, Poison Ivy, Bane And Robin (Damian Wayne): 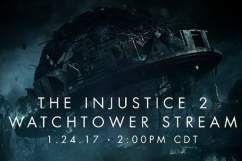