An image confirming Destiny 2 has popped up on the game’s official Twitter page today. This comes a day before Destiny’s final live update, Age of Triumph, launches. As of now, Destiny 2 is confirmed and it has been said before that it will release later this year.

There’s a chance the title will make its way to PC as Twitter user SenSnowy posted a tweet showing his pre-order of Destiny 2 on PC. There has been no official announcement as of yet. 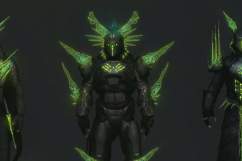