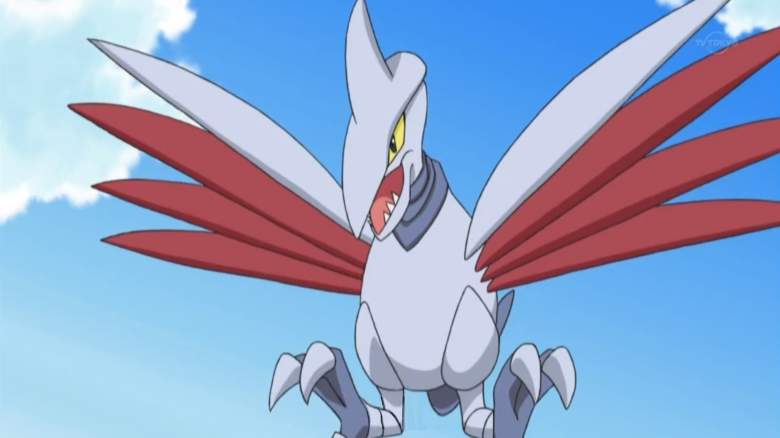 Where is Skarmory in ‘Pokemon Go.’ (Pokemon Wiki)

Skarmory, the 227th Pokemon, was added to Pokemon Go in the February update. So where can this dual-type steel and flying Pokemon be caught in the wild, and what eggs does it hatch from?

In terms of rarity, Skarmory falls somewhere in the middle, leaning closer towards rare than towards common. Players have caught Skarmory basically all over the place and in all sorts of biomes, but especially near grass and parks. It has also been seen near water, and around the same places that Magikarp, Psyduck, and Slobro spawn.

Still others have found Skarmory in mountain biomes, which are locations where one would also find Dragonites, Clefairys, and Nidorans.

Unfortunately, there do not exist any Skarmory nests. However, there are definitely locations where it spawns more often than it does elsewhere, and so it might be helpful to make use of The Silph Road’s atlas map. On this interactive map, players all around the world report locations where they have caught Pokemon. Simply click on the “species” tab at the top of the screen, then scroll down to select Skarmory. Markers will then pop up on the map, with these representing locations where players have said they caught Skarmory.

For example, the following location has been reported as a frequent Skarmory spawn, and so even though it isn’t actually a Skarmory nest, these markers will at least help narrow down your search. 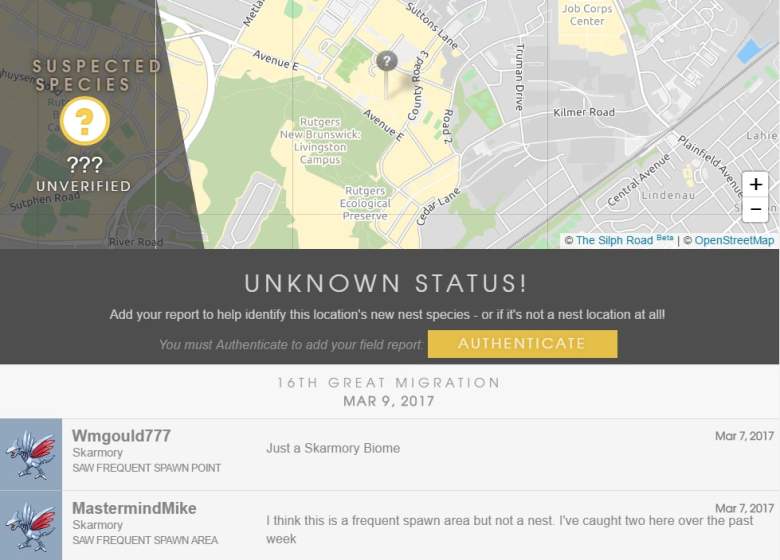 Outside of catching it in the wild, you can also obtain Skarmory through hatching eggs. Skarmory can be hatched from 10 kilometer eggs, but unfortunately, it falls into the “ultra rare” category, hatching about as often as Snorlax and Lapras.

Read More
Android Apps, Android Games, iPad Apps, iPad Games, iPhone Apps, iPhone Games, Mobile Games, Pokemon, pokemon go
Skarmory was added to Pokemon Go in the February update. So where can this Pokemon be caught in the wild, and what eggs does it hatch from?