The Destiny servers will be taken offline for a four hour period next week, Bungie announced through their site. The server maintenance is scheduled to take place Wednesday, May 17 starting at 10 a.m. PT/ 1 p.m. ET and is expected to complete at 2 p.m. PT/ 5 p.m. ET.

Players will be unable to sign in to Destiny servers for the duration of this maintenance. Additionally, some Bungie.net and Destiny Companion features will be unavailable.

The scheduled maintenance will take place one day before Bungie unveils the first gameplay footage for Destiny 2, which is streaming live on May 18. The event will show footage of both the PS4 and PC versions of the game and allow those in attendance to sit down with developers to chat about the upcoming title. The Xbox One version will not be making an appearance.

Reports are saying Destiny 2 will receive exclusive content for the PS4 version first, which should come as no surprise, since this was the case with the original Destiny as well. This will leave PC and Xbox One players a little longer wait than PS4 owners for some content. Some of content was pretty minor but PS4 owners were treated to some of the best exotic weapons in the game and additional Crucible maps in the past before its Xbox One counterpart.

Currently, there’s a bunch of exclusive content in Destiny on PS4 that has never made its way to Xbox One, such as an exotic scout rifle called The Jade Rabbit.

We will keep you updated with our hands-on impressions of Destiny 2 gameplay next week and let you know everything we know. Don’t forget to take advantage of Destiny’s Age of Triumph event before the launch of Destiny 2. We have learned our weapons and armor won’t carry over to the sequel so it’s okay if you’ve never played the original Destiny since everyone is getting a fresh start. 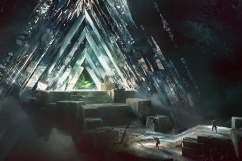