May is winding down which means a new set of Xbox’s Games with Gold is almost here. A couple of Star Wars titles highlighted this months games and it’s looking like we will have a good lineup next month too, headlined by Watch Dogs and Assassin’s Creed III. These games are available for “free” provided you have a subscription to Xbox Live Gold and will remain available to you as long as you keep your subscription active.

SpeedRunners: This four-player competitive platformer debuts on Xbox One June 1 and will be free of charge for Gold members throughout the month. The game will put you in the shoes of a superhero as you compete with other heroes to get to a crime first. You’ll have a variety of items to pick up to help you along the way such as rockets, bombs, grappling hooks, spikes and more. The game will feature local multiplayer for up to four players.

Watch Dogs: Before Watch Dogs 2, there was Watch Dogs, which was Ubisoft’s first foray into the open-world hacking genre that the two games have come to be known for. You play as Aiden Pearce, a hacker and former criminal, as you manipulate various things in the city such as traffic lights which can cause car accidents. Of course, there are other things to do and if you don’t end up comparing this title to the Grand Theft Auto series, you’ll find a lot to like.

Assassin’s Creed III: This game is actually the fifth installment in the never-ended Assassin’s Creed franchise. This game takes the player to events before, during and after the American Revolutionary War from 1754 to 1783. It was a nice change of pace to bring the series to slightly more modern times and it’s worth a playthrough if you are fan of the time period. It improves on the gameplay from the games before it but it could be hard to go back to if you’re used to today’s titles.

Dragon Age: Origins: Back when BioWare was rolling out hits on a consistent basis, Dragon Age: Origins was a shining example of what gamers have come to expect from the company. This game got the ball rolling on the Dragon Age franchise and is arguably the strongest entry in the series. It features the strong storyline we’ve come to expect from BioWare titles along with a great supporting cast of characters. This is BioWare at their finest. An expansion pack is available for the title but is not included with this download.

Assassin’s Creed III and Dragon Age Origins are available on the Xbox 360 and are part of Xbox One’s backwards compatibility program.

Lara Croft and the Temple of Osiris will remain free until June 15 as part of the second half of May’s Games with Gold lineup. If you’re reading this before June 1, you still have time to pick up Giana Sisters: Twisted Dreams – Director’s Cut and Lego Star Wars: The Complete Saga. 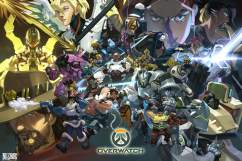 Read More
Xbox 360, Xbox One
Here are the games you can pick up this June with your Xbox Live Gold subscription.