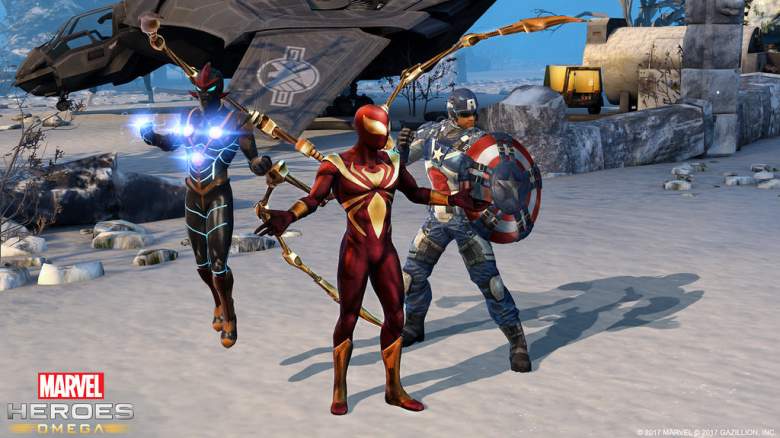 The Marvel Heroes Omega open beta begins today on PS4. It has been in closed beta for quite some time now and has undergone a variety of fixes to get it ready to hit the open beta market.

To download the beta, you have to head to the PlayStation Store and head to the “Free-to-Play” section on your PS4 console and you should see a “Marvel Heroes Omega” icon. If you don’t, you can just search for the game itself.

Once you click the icon, you’ll see a lot of different bundles and you may be confused since they all cost money. If you see this but don’t see a free option to download the game, that means the beta hasn’t yet unlocked for you. You can choose to buy one of those character bundles to get instant access or you can hold off until the beta actually unlocks. The War Machine Founders Pack is a PlayStation Plus exclusive and it is discounted to $16.99 if you want War Machine and you want to start playing right away. You will be able to pick up Daredevil as a free download along with an additional costume.

Ben Gilbert, Lead Designer for Marvel Heroes Omega said there will be a lot of features added into the game in the near future, in a blog post on PlayStation’s website.

On top of that, tomorrow’s May 23 open beta launch is really just the beginning for Marvel Heroes Omega. We have tons of plans for new content, fun events, and even more fan favorite Heroes we plan to introduce to the game over time. The road ahead is long and promising. But enough talk! Check out our open beta launch trailer for Marvel Heroes Omega and get hyped for tomorrow’s release!

You can check out the official launch trailer for the beta below. The Xbox One beta will begin June 20.

Marvel Heroes Omega – Open Beta Launch Trailer | PS4playstation.com/en-us/games/marvel-heroes-omega-ps4/ The wait is finally over! Marvel Heroes Omega assembles one of the largest gatherings of iconic Super Heroes, Villains, and locations from the Marvel Universe in gaming history for its PlayStation 4 Open Beta launch on May 23, 2017. Download now from the PlayStation Store FOR FREE! marvelheroes.com/ Band together with fellow adventurers, take…2017-05-22T20:00:04.000Z