Crash Bandicoot is one of the most iconic characters in all of gaming and it has been years since players got to take control of this goofy hero. Enter the N. Sane Trilogy, a remastering of the original three Crash Bandicoot games that is giving each entry a complete visual overhaul. While we have only seen a few key levels, developer Vicarious Visions have released a walkthrough for one of their levels “Sewer or Later” which is from Crash Bandicoot 2: Cortex Strikes Back. In this full playthrough, we are able to see just how gorgeous the N. Sane Trilogy is going be thanks to the updated visuals.

During the video, it’s explained that Vicarious Visions is utilizing reality based lighting to add a “…modern more realistic sensibility.” We also get a glimpse at Crash Bandicoot’s updated dash in action and how it allows the player to quickly maneuver through the world without any issues. Jumping appears to be more precise now, giving players a chance to have more control in where they land. The video also showcases the various Bonus Levels offered in Sewer or Later, giving users a brief glimpse of what’s involved if they want to 100% this game.

Crash Bandicoot N. Sane Trilogy is set to release on June 6, 2017, on PlayStation 4. 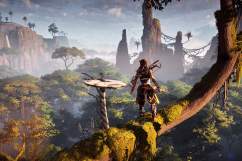