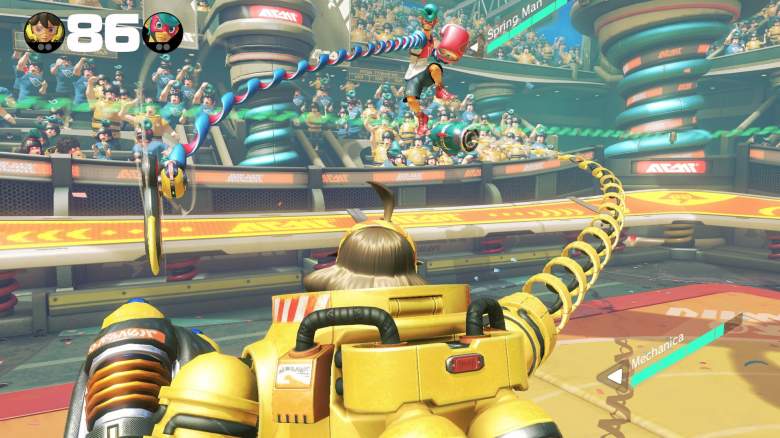 ARMS is the newest fighting game by Nintendo and it seeks to deliver high paced action in the form of wacky boxing. What separates this title from others is the unique and staggering amount of different “arms” you can equip for the various characters in the game. Each one of these lends unique attributes and styles to your fighter of choice that can help them gain the upper hand in a battle. Some even have unique properties such as Helix’s Blorb arm which blinds when hit or Byte’s Coolerang which freezes on impact. Yet, there is an insane amount of Arms for players to collect, so you are going to have a lot of grinding ahead of you.

To start you will need to earn money, which can be done by participating in virtually every type of game mode outside of training. You will need to earn a minimum of 30 credits before being able to progress forward and actually try to unlock an Arm. Once you have the money go to the Main Menu and scroll down to “Get Arms” at the bottom tab. Click this and you will be prompted to choose from one of three choices based on how much money you have. These are:

After selecting your choice players will be taken to a modified version of Skilshot where you need to clear the targets as fast as you can. While the actual points won’t matter, every time you move to a new area there’s a chance that you see a flying giftbox. Quickly hit this to unlock a new Arm before continuing to clear the stage. There will also be a clock that occasionally floats by that, when hit, adds an additional 5 seconds to your clock if you paid 30 or 100 credits and 10 seconds if you paid 200.

The trick to getting new Arms is clearing as many boards as possible so you have a chance to obtain new Arms for your desired character. However, it’s possible you will get an Arm for the fighter you didn’t select, but this chance is quite low early on. Our recommendation is to stick with the 30-second game until you really get comfortable and then save up for the 200 point variant. The 100 credit section is good, but you will just have better luck doing three 25 second runs instead of one 50 second Skillshot. With some practice and a bit of luck, you will start unlocking Arms at a nice rate and be able to bring the hurt to your foes. 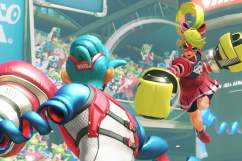