The next DLC fighter for developer NetherRealm Studios fight game Injustice 2 has officially gotten a release date. The Mortal Kombat crossover Sub-Zero was revealed to be the next combatant in line during Injustice 2’s E3 2017 showing. All we knew at the time is that he was set to come out sometime in July, but thanks to a Twitter post by NetherRealm’s Creative Director Ed Boon we’ve learned the exact date he is arriving.

Sub-Zero is scheduled to arrive on July 11 across all platforms. However, it’s important to note that this could be the release date for those who have purchased Fighter Pack 1 or own the Deluxe or Ultimate Editions of Injustice 2. When Red Hood was released, those just solely looking to buy him had to wait an additional week before he was available to everyone. NetherRealm also confirmed during their Red Hood stream that Sub-Zero and Starfire would receive their own in-depth breakdowns via the Watchtower Stream. No date for this has been released yet, but one would assume it’ll be the week before Sub-Zero’s initial launch.

In terms of playstyle, Sub-Zero looks to have shades of his Mortal Kombat X fighting abilities, but with slight twists to how they work. He’s once more focused on zoning via his ice clones or freezing his opponents, It will be interesting to see how he is balanced given Injustice 2 is already filled to the brim with zoning characters like Deadshot, Green Arrow, and Dr. Fate.

One amusing thing to note is his victory clip at the end Sub-Zero actually decapitates the camera man and hoists his head up into the air. Sure it’s not as gruesome as his Mortal Kombat fatalities, but we will settle for this more comical take. There still has been no word on Starfire, but one has to assume she will release sometime in August.

Sub-Zero has officially been confirmed to have a standalone release on July 18 for those who haven’t purchased Fighter Pack 1, the Ultimate Edition, or Deluxe Edition of the game. 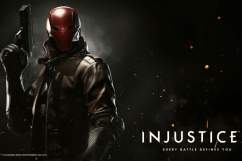