A big update has hit Injustice 2 that will come with a lot of changes. Some important ones include various bug fixes, stability improvements and many specific character fixes. It looks like the majority of the fighters got a fix or rework in some way. Red Hood in particular got a rather large reworking.

It’s not uncommon to see fighters receive balance changes over the course of their life so this shouldn’t come as a huge surprise to anyone.

Here are the full patch notes for Injustice 2.

Brainiac – If a Beta Strike Character Power is active when a throw escape occurs, it is destroyed (This does not apply in Completive / Tournament Mode)

Poison Ivy – Fixed a loss of control issue when Thistle Hurt (Away+Medium, Down+Medium, Light+Hard/Throw) misses when an opponent tech rolls on the first frame possible after a large combo 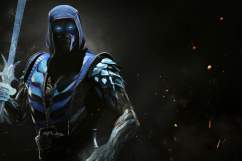