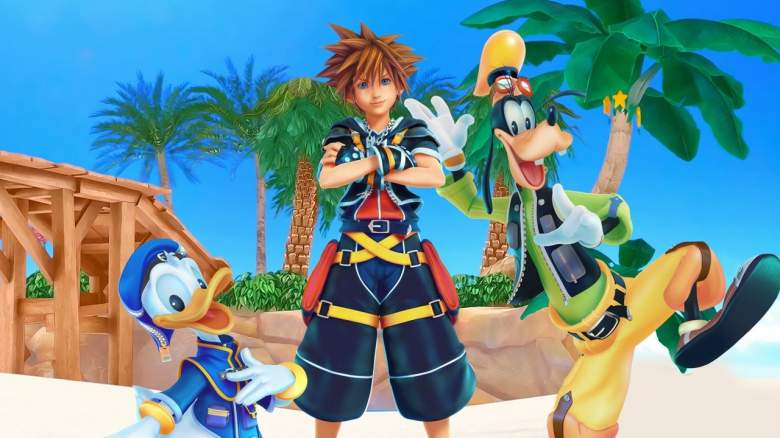 If you didn’t know, don’t worry since we didn’t either, Kingdom Hearts recently held the Kingdom Hearts Orchestra World Tour in Los Angeles. With it being a concert, Square Enix and Disney Interactive decided there was no better place to drop a new gameplay trailer, so they did.

Fast forward to today and now we get to see this gameplay in places that aren’t a concert and we’re not even mad about the wait. The new gameplay trailer features Sora, Donald Duck, Goofy and Hercules are they fight Heartless together on Mt. Olympus. The trailer shows off Sora in a new form, which allows him to perform special solo and joint attacks on his enemies. Also, can we just take a minute and just talk about how good the game looks? The graphics have made a huge jump from the previous installments and the game looks to be much more fast paced with this sequel.

Sora looked like he has picked up some tricks from his journey over the years. We saw what looked like to be Shotlock from Birth by Sleep being used in a game that’s not on the PSP. It’d be cool to see Sora have access to all of his abilities from past games in Kingdom Hearts 3.

This new trailer gave us the first glimpse villains Hades, Maleficent and Pete as they talk about a mysterious “Black Box” while Sora considers leaving the light to save Roxas. All we can say is this trailer has left us very hyped for a new game. We have waited too long for this.

Kingdom Hearts fans have more to look forward to on the horizon with the unveiling of a new world and new trailer during the D23 Expo on July 15, 2017. We might have a brief appearance from the game at E3 this year but we’re not holding our breath.

You can check out the new Orchestra Trailer below. Kingdom Hearts 3 comes out before 2060 on Xbox One and PS4.