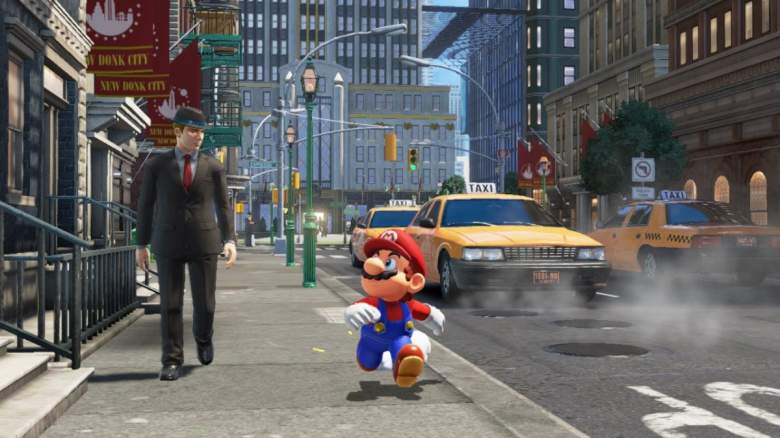 Nintendo is continuing their annual E3 conference trend of not actually be part of E3. Instead of having a traditional press conference, Nintendo will be showing off a series of live streams called the Nintendo Spotlight and Nintendo Treehouse. The Spotlight will focus on games coming to the Nintendo Switch, such as Super Mario Odyssey, which will actually be playable on the E3 floor, while the Treehouse will look at gameplay for games on the Switch and 3DS.

The Spotlight begins at 12 p.m. ET/ 9 a.m. PT on June 13 and all we know is it will show us upcoming Nintendo Switch games, with only Super Mario Odyssey being confirmed so far. With that said, let’s take a look and speculate and what we might see during this stream. The Treehouse event follows directly after the spotlight.

Super Mario Odyssey: Let’s start with the given. Super Mario Odyssey is the first sandbox-style Mario game since Super Mario Sunshine for the GameCube. It has been a long time since we’ve seen a Mario game like this so it makes sense that Nintendo will be showing off a lot of this title. This title will take our favorite plumber to New Donk City, a New York City clone, as he looks to do something with his magic talking hat. We know that sounds vague but that’s all we know right now. We’ll have more information after E3.

ARMS: ARMS launches right after E3, meaning we should be hearing a lot of information about the game to build hype. The game just wrapped up its two weekends of Global Testpunchs to give players a better chance of what they’re getting themselves into. For those of you who still aren’t sold on the title, Nintendo will do its best to sway you. There is even an ARMS tournament going on at the event to showcase the gameplay even further.

Splatoon 2: Like ARMS, Splatoon 2 had a Global Testfire to give players a chance to try out the game before it officially released to the public. We know a lot about the game ahead of its July release. The first Splatoon was a smash-hit and Splatoon 2 looks to build on that by just giving minor tweaks to mechanics that worked so well once. Nintendo will likely give this game one last strong push during E3 and into its release.There will also be a Splatoon 2 tournament going on at the event, just like ARMS.

Mario + Rabbids Kingdom Battle: This game was likely meant to be kept a secret until E3 but things went horribly wrong for this Mario and Rabbids crossover. If we’re going by the leaked timeline, E3 will be the time for its “surprise announcement” before its August or September release. We hope Nintendo still has some tricks up their sleeves because we still want to hear some surprises regarding this title. Many Nintendo crossovers have been good in the past, so while we’re still weary of this title, we think it will still have that Nintendo charm and quality.

Fire Emblem Warriors: After the success of Hyrule Warriors, it makes sense that Nintendo will give the Koei Tecmo treatment to more of its franchises. This time, it’s Fire Emblem being given the hack-and-slash treatment in the aptly named Fire Emblem Warriors. We have not yet seen any gameplay regarding the upcoming title so we hope we’ll see some at E3. This title will also be coming to the Nintendo 3DS.

Xenoblade Chronicles 2: Outside of a few trailers, we know practically nothing about this game. Nintendo says it is still coming this year but we’re starting to doubt that unless it is completely unleashed on us at E3.

Pokken Tournament DX: This enhanced Wii U port was just announced a few days ago but we’ll be seeing a tournament, to join ARMS and Splatoon 2, at E3. We know the Switch version will include previous characters that were locked away in the arcade version along with adding a new Pokemon in Decidueye. Maybe we’ll see some gameplay of him.

Nintendo still hasn’t given up the 3DS line so we’re still going to see some 3DS titles here. We have some notable upcoming titles that we can expect to see. We might even see an appearance from the New Nintendo 2DS XL.

Hey! Pikmin: This is one of the notable games announced during a Nintendo Direct a few months ago. This game strays from the standard Pikmin formula and acts as side-scroller instead. The game comes out this July so some more information would be nice.

Miitopia: The Miiverse may have died with the Nintendo Switch but that didn’t stop Nintendo from making a game using Mii (Miis?) for the 3DS. The game looks weird and we hope to learn more about it during the Treehouse event.

Ever Oasis: This game is an RPG coming out for the 3DS closer to the end of June. We haven’t heard a whole lot about the game outside of its announcement during last year’s E3. We expect Nintendo to give it some air time to help drive home some sales.

Mario and Luigi: Superstar Saga: If dataminers are anything to go by, this title is definitely on the way. We’ve seen some assets for the game last month and even have a logo for the title on the eShop. If Nintendo is trying to build sales on the New Nintendo 2DS XL, this looks like a good title to reveal. We’ve seen enough about the title to somewhat expect an announcement. 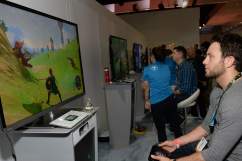