In today’s Nintendo Direct, we got some disappointing news, as many of us were hyped for a mainline Pokemon title on the Nintendo Switch but, we did get some good news as well. Nintendo announced Pokemon Gold and Silver will be joining the Nintendo 3DS Virtual Console. There was no mention of Crystal which is a little odd since the first generation did get Yellow.

The titles will be joining Pokemon Yellow, Blue and Red, making the first and second generation Pokemon titles available on the console. All of these titles are compatible with the Pokemon Bank feature, which will allow you to store and move your Pokemon around through the games.

Unfortunately, none of our predictions with this Direct came true. We got Pokken Tournament, a game that we’re not really sure was asked for, and Pokemon Ultra Sun and Ultra Moon, but they weren’t announced as Nintendo Switch titles. It’s not Pokemon Stars, in fact, we’re not really sure what it is. From the name, it sounds like it’s an enhanced version of the two games but that wouldn’t make much sense. The Gold and Silver Virtual Console news is still something to get excited for.  It has been a while since we’ve been in Johto and we’ll get a chance to see how it holds up in 2017.

The release date was set as the same time as Pokken Tournament DX, September 22. The price is not yet known but the first set of VC games cost $10 each so we can’t imagine these costing much more than that. There was no word about online multiplayer regarding the titles but it would be a great addition if that is added. Wireless trading and battles were announced but we don’t know if that only means local or if internet is included.

Are you excited for these titles to hit the Virtual Console? Perhaps Crystal is on its way as well. Let us know what you think in the comments below! 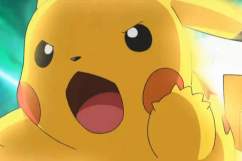