In Agents of Mayhem, there are a lot of different mechanics, but the single most important is the concept of agent swapping. With 12 heroes in the base game, players will need to spend time picking and choosing which ones work best for them. Given every agent plays differently, it’s crucial you pick the right ones for your squad otherwise you’ll end up dead on any of the higher difficulty settings.

When making this lists it’s important to acknowledge that every agent is good, but some are just far more powerful and versatile than others.  Here are our picks for the best five agents in Agents of Mayhem: 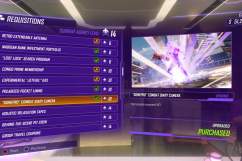 Agents of Mayhem: Here Are the Best Agency Upgrades