The Hearthstone Global Games ended today with the Czech Republic defeating the Ukraine. Both teams played fantastic today. I need to take a moment to commend the Czech Republic Team for taking risks with their lineup this weekend. Bringing Big Priest was risky given how easily that deck can fall apart. Let’s get into the series, The Czech Republic will be on the left side and the Ukraine on the right;

A common theme in both the semifinals and the grand final was the experimentation from the Czech Republic. The idea behind Corpsetaker and Stormwatcher is sound. Corpsetaker would get all of it’s buffs if the player draws his cards in the right order. Once Kolento saw the first Corpsetaker come into play I’m fairly certain he and the whole Ukraine team knew it was Stormwatcher in JaraVyskocil’s deck. Unfortunately JaraVyskocil seemed to have one ruinous draw after another, and Murloc Paladin is particularly susceptible to that problem. At the same time Kolento turned a fairly solid hand into permanent board control after the first few turns; he easily won this game as a result.

It honestly made me happy to see Pirate Warrior get this victory. Neirea got some of his anti-Aggro tools but it just wasn’t enough. Now pokrovac did have the exact tools he needed, when he needed them. Especially on turn 5 when he played Southsea Deckhand to deal two damage to Neirea’s doomsayer followed by a Naga Corsair to buff his Fiery War Axe to 5 attack. The turn seven Mortal Strike to seal the win was also a fantastic draw. You can call it RNG or Luck but it amazed me to watch Pirate Warrior need great draw after great draw just to win against a Hybrid Mage.

This game was very entertaining, watching NickChipper play his turn and walk out of his chair while CzechCloud slowly die was hilarious. NickChipper’s Highlander Priest was great fun to watch and he took advantage of Evolve Shaman’s inconsistency. CzechCloud’s deck did include interesting choices like Grim Necromancer and Southsea Captain. While CzechCloud was able to build up a decent board NickChipper just cleared it with Holy Nova a cruised to an easy victory after that.

Let this game be a reminder to all Hearthstone players, Paladin does not have many direct damage spells. Stancifka and DrHippi both played this one beautifully. DrHippi put so much pressure on StanCifka that I’m positive a lesser player would have seriously considered conceding. IT’s unfortunate that DrHippi drew dead for so long and his Consecration never came. This game is worth watching again just to see how long StanCifka survived with 1 health.

These last two patches felt much more preordained than the rest of the series. While Neirea got close with his Pirate Warrior deck he just ran out of resources. Czech Republic were incredibly brave for bringing Big Priest in the first place. Now while that deck is legit it’s also fair to say that Big Priest is not a top tier deck. I think Czech Republic’s justification for bringing Big Priest was solid though; as they demonstrated in this game. The Deathrattle from Obsidian Statue is incredible and Big Priest can be lethal in Aggro matchups because of that. It is worth noting that Neirea did not draw a single Firey War Axe this game. I believe that even if Neirea got the optimal draws for his deck I doubt it would have made a difference.

This ending was practically inevitable. Watching DrHippi’s face when he realized it was finished was heartbreaking. From the outset of the match both sides knew what was going to happen, barring an especially poor draw from JaraVyskocil. Jade Druid has a very clear gameplan and it was very unlikely that DrHippi could pressure his opponent with his Bloodreaver Warlock. DrHippi did nearly everything he could do but there’s no answer to infinite Jade Golems. His only win condition was to get all of his demons into a position to be revived and play Bloodreaver Gul’dan before the Golems got out of hand. Unfortunately he didn’t draw Bloodreaver Gul’dan until he was staring down too many Jade Golem’s for his two Voidwalkers to block and Czech Republic got their final win.

This was the first major competitive event to feature Knights of the Frozen Throne. I really liked these finals as a whole. It’s too early to make any definitive statements on the competitive meta right now but I will make note of a few trends. Most of the Aggro and Midrange centric decks had a lot of trouble dealing with board clears. A lot of the minions that those decks used were not very resilient. Combine that problem with their lack of quality card draw and I think it’s safe to say that Aggro & Midrange are trending downwards in usefulness. Both of those archetypes still have their place in competitive because of the matchups they can take advantage of. Control decks did well this weekend in general; those decks also seemed to have more solid decklists than any other archetype. Druid had a great weekend as well, Jade Druid is still the premier Control deck. Unless other players decide that Skulking Geist is worth teching into their decks Jade Druid will go infinite and defeat any other control deck. I have my reservations about Skulking Geist specifically at professional events because Skulking Geist has such a limited effect on every other matchup that’s not Jade Druid. The Hearthstone Championship Tour European Playoffs begin on September 2nd, I believe that will be a better gauge of Druid and the competitive meta in general. 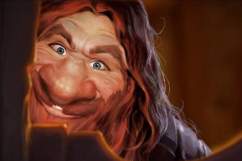