Turner|IMG’s Eleague has partnered with GEICO to present the GEICO ELEAGUE Amateur Series, a three-part tournament circuit with the mission to “provide amateur gamers with a series of esports competitions.”

The GEICO Eleague Amateur Series will launch with Street Fighter V at PAX West, which will be held in Seattle, Washington from September 1 – 4. The tournament will start with three online qualifiers, through which thirty-two players will advance into a playoff bracket. Of the 32 players participating in the tournament, 16 will come from those playing on the floor at PAX West while the remaining will qualify online.

Further details, including prizing and commentators, will be revealed in the near future. Until then, those hoping to compete can sign up for when registering goes live at www.battlefy.com/geico-sfv.

GEICO first made their splash in competitive gaming with the debut of GEICO Gaming at PAX Prime 2015. They began sponsoring organizations such as Team SoloMid and Panda Global, as well as the One Nation of Gamers Hearthstone series frequently seen at various Penny Arcade Expos. They have since ventured into acting as a sponsor for Eleague, so it is of little surprise to see the brands moving forward into a partnership together.

“The Fighting Game Community has grown by leaps and bounds into one of the most engaging and passionate fan bases in all of esports,” said GEICO’s Senior Marketing Manager, Vince Giampietro, in the press release, “From day one, we’ve made it our goal to support the gaming community and we are excited to strengthen our relationship with Turner Sports in this new endeavor.”

Meanwhile, Eleague has had a much more publicized involvement in esports. In 2016 they hosted the first-ever Counter-Strike: Global Offensive tournament to be broadcasted to live television, organized the Street Fighter V Invitational, partnered with Blizzard to present the Overwatch Open, hosted the Eleague Major, and recently announced their feature-length Eleague: Road to The International Dota 2 Championships series. During this time, GEICO has acted as a sponsor for Eleague, so it is of little surprise to see the brands moving forward into a partnership.

On paper, it’s a match made in esports heaven.

While PAX West is to be only the first of three planned events, no details have yet been released. 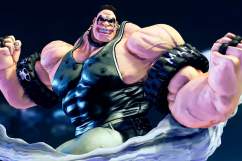