Some trainers think that Zapdos is easier to catch than Moltres was, but you still only have a limited time to get the Pokemon before August 14. What are the best throws and techniques to use to get Zapdos, in order to increase your chances at success?

Here are some details that other trainers have noted so far.

In general players say that Zapdos isn’t tough to catch if you’re patient. Wait for the circle size to be a smaller size, and throw when Zapdos is front and center, mid-animation, Str8Lurk1n recommends.

Great or excellent throws with curveballs will increase your chances at catching Zapdos, but with this Pokemon, it’s better to use straight throws and hit the target if you’re not very good with curveballs.

Some trainers don’t think Zapdos is quite as easy to catch as others have suggested. Some have said that even with 11 or 12 great curves and Golden Berries, Zapdos gets away. If you’re having this problem, try throwing after an attack, when Zapdos has settled back into the middle of the screen, because Zapdos’ erratic movements might be “throwing” some people off a bit.

Trainers have been divided on whether Golden Razz berries or Nanab berries are best for capturing Zapdos. Redditor Nsight7 said that unless you tend to miss 40 percent of your throws or more, you should use the Golden berries option.

He calculated the likelihood using eight premier balls (for a total of nine with the “last ball bug.”) This compared a trainer using Nanab berries to calm Zapdos’ motion, versus a trainer using Golden Razz berries to maximize the probability on individual throws. In general, Nsight7 noted:

If you believe you are capable of hitting just over 60% of your throws, regardless of what throw-bonus you get, you should just use Golden Razz berries. Note that this comparison is drawn between a Nanab user that always gets great throws versus a Golden Razz user that only hits just over 60% of his throws with no throw bonus.”

What has your experience been catching Zapdos? Let us know in the comments below. 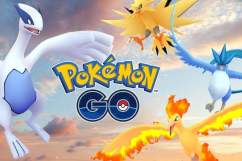 How to Catch Moltres in ‘Pokemon Go’: Best Throws & Techniques