While Madden 18 G.O.A.T. edition released on August 22, the standard edition of the game releases on August 25. Technically, Xbox owners can download the game on August 24 at 11 p.m. Eastern. For PS4 users, the game is available for download beginning at 12 a.m. on August 25.

Be advised, the download time can be a lengthy process, especially on release night when thousands of football fans are downloading the game at the same time.

For fans who wish to grab the physical copy, expect the game to be available during normal business hours at major retailers like Best Buy, Game Stop, Wal-Mart, Target and others beginning on August 25. It is best to call the location you are going to first to see if they have Madden 18 on shelves.

Wondering whether to buy the standard or G.O.A.T edition of the game? Heavy breaks down the pros and cons of each version here. The Madden 18 standard edition has a price tag of $59.99, which is $20 less than the expanded version.

What comes with the normal edition of the game? In addition to the actual game, fans get one elite player from your favorite team and five Madden Ultimate team squad packs. By purchasing the standard edition, you do not receive additional Ultimate Team packs, an elite G.O.A.T. player, 2,500 contracts and a Madden Ultimate Team uniform pack.

Fans can expect a visually superior game in Madden 18 along with the new Longshot Story Mode. Heavy gives you the spoiler-free rundown of why Longshot is worth playing. The quick summary is the Longshot mode is a playable movie where you play as lead character Devin Wade, who is looking to make it as an NFL quarterback.

The new game also offers fans the opportunity to play the game in three different modes: arcade, simulation and competitive. Simulation mode will feel the most similar to what you are used to playing in years past. 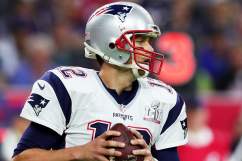 Madden 18 G.O.A.T. vs. Standard Edition: Which Game You Should Buy