Right now, there’s a pre-order bonus available if you decide to pre-order the title from the Pokemon Center. At no extra cost, players will be able to pick up a Rowlet, Litten or Popplio – the three starters from the Alola region – keychain plush. Unfortunately, you don’t get a choice of what keychain you’ll receive and the offer is only good while supplies last. The keychains themselves retail for $9.99.

While this isn’t exactly a pre-order bonus, those who do buy the game before January 10 will be able to pick up a special Rockruff. This Rockruff is currently the only way to receive the Dusk Form Lycanroc as that’s what the Rockruff evolves into. It remains to be seen if there will be other options in the future for obtaining this new Pokemon.

For right now, that’s it for the pre-order bonuses. We will keep this post up to date with new bonuses as they become available. 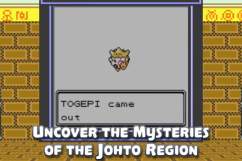